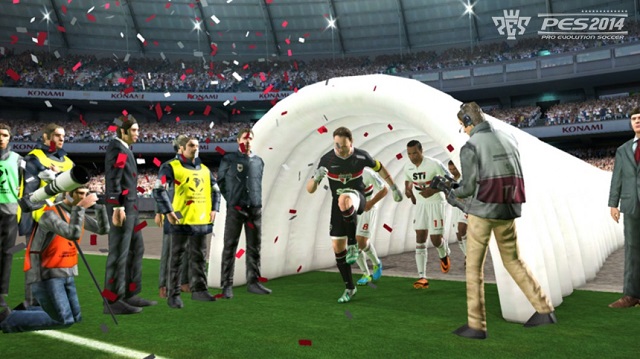 Konami has released Data Pack 2 DLC for its PES 2014 for Xbox 360 and PS3, which brings with it over 800 new player faces and a barrage of other features.

The Data Pack 2 DLC brings all the teams up to date with the latest transfer window as well as over 800 new faces in a bid to enhance the gameâs realism. Users will find facelifts for players such as Da Silver twins (Manchester United) and Jack Wilshere (England), and Isco (Real Madrid) among others.

Alongside the DLC, Konami has also detailed its PES 2014 myPES app for iOS, which allows users to share their game data with other users. The companion app, which will soon be released for Android as well, allows gamers to check and organize their match stats. The app also provides analysis of shots, possession, passing, and patterns of play.

PES 2014 Gamers can also see this app as a community building service which allows them to create groups, track results and rank players.