Cycling, walking to work will help you shed those extra kilos 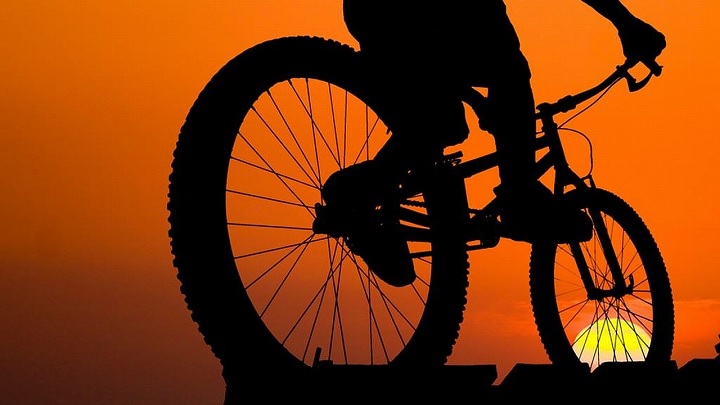 In this fast moving world, very few people have the time to make room for special exercise regimes to lose weight and the best way to shed some kilos is to walk to cycle to work, a new study has suggested.

Leaving your car at home could help shed pounds â according to new research from the University of East Anglia (UEA) and the Centre for Diet and Activity Research (CEDAR).

New research shows that making a change from driving to work to using public transport, cycling or walking could help reduce BMI over two years.

The findings come from the research team that discovered that walking and cycling to work improves wellbeing and mental health.

They hope that making the switch could reduce the level of obesity at population level.

The proportion of people in England and Wales who commute by car has increased from 42 per cent to 67 per cent over the last 40 years.

Lead researcher Adam Martin, from UEAâs Norwich Medical School, said: âIt is well established that being overweight or obese is linked to a wide range of diseases, most notably type 2 diabetes, cancer, heart disease and stroke.

âThis study highlights the potential to contribute to reducing the average weight of the population by helping commuters build regular physical activity into their daily routines through walking, cycling and using public transport on their journey to work.â

The research team, from UEA, the University of Cambridge and the University of York, based their findings on the responses of more than 4000 adults in three annual waves of the British Household Panel Survey (BHPS) collected between 2004 and 2007.

Commuters reported their usual main mode of travel to work each year, and their height and weight in the first and third years. The researchers then used a series of analyses to see if changes in mode of transport were linked to changes in weight over time.

While the link between commuting and weight may seem intuitive, it has rarely been tested in a longitudinal study using data from a representative national survey in this way.

Adam Martin said: âWe found that switching from the car to walking, cycling or public transport is associated with an average reduction of 0.32 BMI, which equates to a difference of about 1 kg for the average person.

âThis might sound like a relatively small proportion of their total weight, but we also found that the longer the commute, the stronger the association. For those with a commute of more than 30 minutes, there was an average reduction of 2.25 BMI units, or around 7 kg (over one stone) for the average person.â

The research team also found that switching to using a car to get to work was associated with a significant average increase of 0.34 BMI units.

âThe key feature of this study is that we were able to compare changes in weight over time between commuters who had, and had not, changed how they travelled to work. However it is an observational study, so we canât draw definitive conclusions about cause and effect.

âCombined with other potential health, economic, and environmental benefits associated with walking, cycling and public transport, these findings add to the case for interventions to support a larger proportion of commuters taking up these more sustainable forms of transport.â