Sun-catcher molecule could store, release energy of the sun on demand 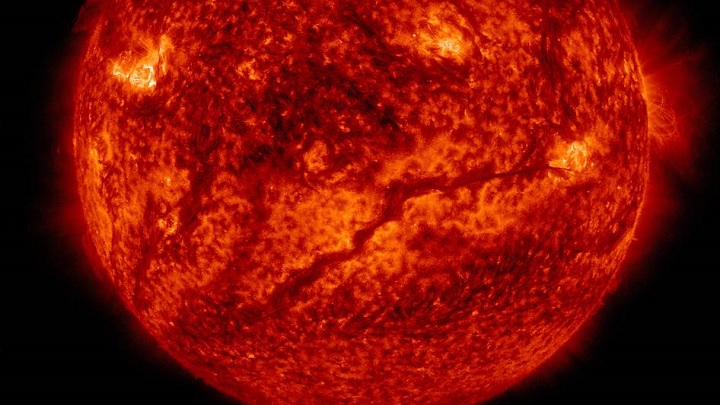 Solar energy harvesting has been the topic of thousands of researches by scientists across the globe and one of the main research points has been the ability to store and utilise this energy. A new research by a postgraduate student at the University of Copenhagen aims to store and release the energy of sun on demand – a feat where partial success has already been achieved and advanced research is ongoing.

Anders Bo Skov pursuing his Masterâs degree in chemistry at University of Copenhagen has been working on a sun-catcher molecule since his bachelors and owing to the success he has achieved so far, he has brought the project along with him to his Master’s degree.

Together with his supervisor, Mogens BrÃ¸ndsted Nielsen, he is working on molecules capable of harvesting and holding substantial amounts of solar energy, storing it for significant amounts of time, and releasing it on demand.

The group is working with molecules known as the Dihydroazulene-Vinylheptafulvene system. Put very simply, this stores energy by changing shape, but every time the BrÃ¸ndsted group managed to design improved molecules, the molecules lost some of their ability to hold their âenergy storageâ shape, says professor BrÃ¸ndsted.

âRegardless of what we did to prevent it, the molecules would change their shape back and release the stored energy after just an hour or two. Andersâ achievement was that he managed to double the energy density in a molecule that can hold its shape for a hundred years. Our only problem now is how we get it to release the energy again. The molecule does not seem to want to change its shape back again”, grins Mogens BrÃ¸ndsted.

During his Bachelor studies Anders Bo Skov had four months to improve BrÃ¸ndstedâs unstable molecule for his bachelor project. And he made it in the nick of time. Chemistry is a lot like baking. No bread is likely to come out of the oven if, for example, the flour disappears while the dough is proving. Using that analogy, Skovâs âbreadâ persisted in disappearing between his very hands. The molecules he was working with were that unstable.

âMy chemical ârecipeâ demanded four synthesis steps in order to work. The first three were a piece of cake. I had them working in just a month. Getting the last step in order took me three monthsâ, explains Skov.

Regardless of method, when you store energy, there is a theoretical limit to the energy densityâ¦ And then there is reality. In theory, a kilogram of the right molecules could store a megajoule of energy if they were perfectly designed. With that amount of energy you can heat three liters of water from room temperature to boiling.

A kilo of Skovâs molecules can boil only 75 centiliters but it does that in just three minutes. This means that his molecules could bring 15 liters of water to boil per hour, and Skov as well as his supervisor are convinced that this is just the beginning.

âWhat Anders has achieved is an important breakthrough. Admittedly we do not have a good method to release the energy on demand, and we should increase the energy density further still. But now we know which path to take in order to succeedâ, says a visibly enthusiastic professor Mogens BrÃ¸ndsted.

Skov too is excited: Mostly because his molecules are sustainable on more levels than just the obvious one. Not only do they harvest sustainable solar energy. They are also completely non-toxic, he relates.

âWhen it comes to storing solar power, our biggest competition comes from lithium ion batteries, and lithium is a poisonous metal. My molecule releases neither CO2, nor any other chemical compounds while working. It is âSunlight in-power outâ. And when the molecule wears out one day, it degrades to a colorant which is also found in chamomile flowersâ, explains the Masters student.

The paper “Towards Solar Energy Storage in the Photochromic Dihydroazulene-Vinylheptafulvene System” is published in the journal “Chemistry â A European Journal”.