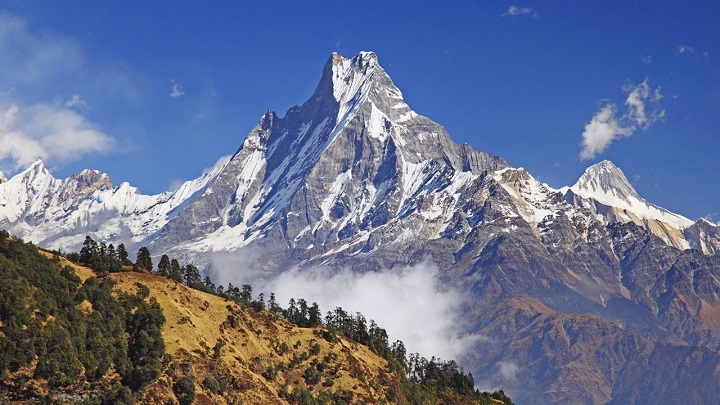 Scientists have been looking for answers to how India drifted so quickly northwards and merged with the region known as Eurasia. A team of researchers claims to have evidence that can help explain India’s quick drift, merger with Eurasia and the formation of the Himalayas.

Through previous studies scientists have come to a common understanding of the timeline of India’s separation from Gondwana and merger with Eurasia. According to scientists, more than 140 million years ago India was part of Gondwana – a huge mass of land which covered much of the Southern Hemisphere.

Though there is a common ground of understanding of the continental drift timeline, scientists haven’t been able to explain how India drifted northwards so quickly.

Researchers at MIT and University of Southern California claim to have the answer that explains this quick drift. According to a newly published study in the journal Nature Geoscience, India was pulled northward by the combination of two subduction zones â regions in the Earthâs mantle where the edge of one tectonic plate sinks under another plate. As one plate sinks, it pulls along any connected landmasses. The geologists reasoned that two such sinking plates would provide twice the pulling power, doubling Indiaâs drift velocity.

The team arrived at the conclusion based on the analysis of relics they found of what they believe are of two subduction zones by sampling and dating rocks from the Himalayan region. Researchers then developed a model for a double subduction system, and determined that Indiaâs ancient drift velocity could have depended on two factors within the system: the width of the subducting plates, and the distance between them. If the plates are relatively narrow and far apart, they would likely cause India to drift at a faster rate.

The group incorporated the measurements they obtained from the Himalayas into their new model, and found that a double subduction system may indeed have driven India to drift at high speed toward Eurasia some 80 million years ago.

âIn earth science, itâs hard to be completely sure of anything,â says Leigh Royden, a professor of geology and geophysics in MITâs Department of Earth, Atmospheric and Planetary Sciences. âBut there are so many pieces of evidence that all fit together here that weâre pretty convinced.â According to well established geological records, Indiaâs migration appears to have started about 120 million years ago – a time period when southern hemisphere’s Gondwana began to break apart. India was sent adrift across what was then the Tethys Ocean â an immense body of water that separated Gondwana from Eurasia. India drifted along at an unremarkable 40 millimeters per year until about 80 million years ago, when it suddenly sped up to 150 millimeters per year. India kept up this velocity for another 30 million years before hitting the brakes â just when the continent collided with Eurasia.

âWhen you look at simulations of Gondwana breaking up, the plates kind of start to move, and then India comes slowly off of Antarctica, and suddenly it just zooms across â itâs very dramatic,â Royden says.

There have been many studies trying to provide an answer to the mystery of India’s dramatic drift with one carried out in 2011 claiming that the driving force behind Indiaâs fast drift was a plume of magma that welled up from the Earthâs mantle. According to the research, the plume created a volcanic jet of material underneath India, which the subcontinent could effectively âsurfâ at high speed.

But this didn’t fit well as when the proposed scenario was modeled, they found that any volcanic activity would have lasted, at most, for 5 million years â not nearly enough time to account for Indiaâs 30 million years of high-velocity drift.

Royden and Jagoutz believe that Indiaâs fast drift may be explained by the subduction of two plates – the tectonic plate carrying India and a second plate in the middle of the Tethys Ocean – and not the plume of magma theory that was proposed in 2011.

Back in 2013 Royden and Jagoutz, along with 30 students, trekked through the Himalayas, where they collected rocks and took paleomagnetic measurements to determine where the rocks originally formed. From the data, the researchers determined that about 80 million years ago, an arc of volcanoes formed near the equator, which was then in the middle of the Tethys Ocean.

A volcanic arc is typically a sign of a subduction zone, and the group identified a second volcanic arc south of the first, near where India first began to break away from Gondwana. The data suggested that there may have been two subducting plates: a northern oceanic plate, and a southern tectonic plate that carried India.

Back at MIT, Royden and Jagoutz developed a model of double subduction involving a northern and a southern plate. They calculated how the plates would move as each subducted, or sank into the Earthâs mantle. As plates sink, they squeeze material out between their edges. The more material that can be squeezed out, the faster a plate can migrate. The team calculated that plates that are relatively narrow and far apart can squeeze more material out, resulting in faster drift.

Royden and Jagoutzâs measurements from the Himalayas showed that the northern oceanic plate remained extremely wide, spanning nearly one-third of the Earthâs circumference. However, the southern plate carrying India underwent a radical change: About 80 million years ago, a collision with Africa cut that plate down to 3,000 kilometers â right around the time India started to speed up.

The team believes the diminished plate allowed more material to escape between the two plates. Based on the dimensions of the plates, the researchers calculated that India would have sped up from 50 to 150 millimeters per year. While others have calculated similar rates for Indiaâs drift, this is the first evidence that double subduction acted as the continentâs driving force.

âItâs a lucky coincidence of events,â says Jagoutz, who sees the results as a starting point for a new set of questions. âThere were a lot of changes going on in that time period, including climate, that may be explained by this phenomenon. So we have a few ideas we want to look at in the future.â