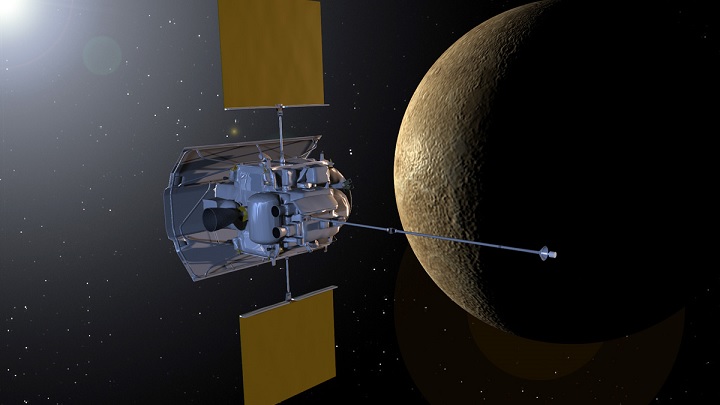 NASA’s MESSENGER probe has finally crashed into Mercury after an 11-year mission which included a 4-year orbiting period around Solar System’s innermost planet.

The MESSENGER probe — short for MErcury Surface, Space ENvironment, GEochemistry, and Ranging — was the first spacecraft to orbit Mercury and during its 4 years in orbit has provided NASA with some great insights into Mercury’s make up, environment, among other things.

“Well, I guess it’s time to say goodbye to all my friends, family, support team. I will be making my final impact very soon”, read a tweet on the official Twitter account of MESSENGER probe.

The image was not of Mercury’s fall though. NASA has said previously that there could be no real-time pictures of the impact, which would take place on the side of the planet facing away from the Earth. But the US space agency confirmed that the probe had indeed crash-landed.

“A NASA planetary exploration mission came to a planned, but nonetheless dramatic, end Thursday when it slammed into Mercury`s surface at about 8,750 miles per hour (3.91 kilometers per second) and created a new crater on the planet`s surface,” the agency said in a statement.

The spacecraft itself was just about three meters long. The crater it would cause was expected to be 16 meters (52 feet) in diameter, NASA said.

The mission, which launched in 2004, had achieved “unprecedented success,” with its top discovery being that Mercury had lots of frozen water and other volatile materials in its permanently shadowed polar craters on the planet closest to the Sun, the US space agency said.

Just days before MESSENGER got a new lease of life till April 30, the probe completed 4000th orbit around Mercury.

“Going out with a bang as it impacts the surface of Mercury, we are celebrating MESSENGER as more than a successful mission,” said John Grunsfeld, associate administrator for NASA`s Science Mission Directorate in Washington.

“The MESSENGER mission will continue to provide scientists with a bonanza of new results as we begin the next phase of this mission — analyzing the exciting data already in the archives, and unravelling the mysteries of Mercury.”

MESSENGERâs lonely demise on the small, scorched planet closest to the sun went unobserved because the probe hit the side of the planet facing away from Earth, so ground-based telescopes were not able to capture the moment of impact. Space-based telescopes also were unable to view the impact, as Mercuryâs proximity to the sun would damage optics.

âWe monitored MESSENGERâs beacon signal for about 20 additional minutes,â said mission operations manager Andy Calloway of APL. âIt was strange to think during that time MESSENGER had already impacted, but we could not confirm it immediately due to the vast distance across space between Mercury and Earth.â

On Tuesday, the team successfully executed the last of seven daring orbit correction maneuvers that kept MESSENGER aloft long enough for the spacecraftâs instruments to collect critical information on Mercuryâs crustal magnetic anomalies and ice-filled polar craters, among other features. After running out of fuel, and with no way to increase its altitude, MESSENGER was finally unable to resist the sunâs gravitational pull on its orbit.