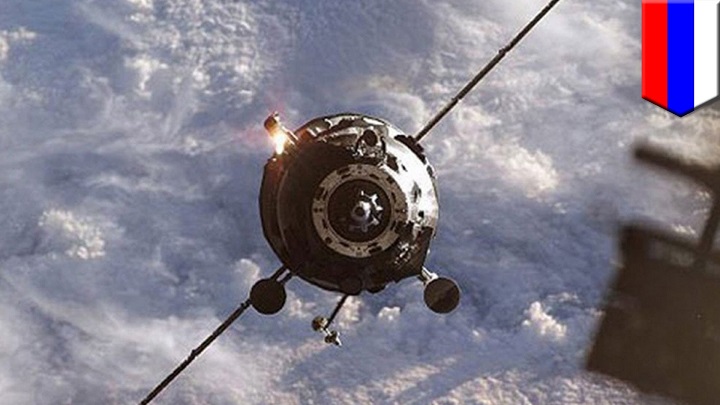 Russia’s Progress 59 spacecraft, which was ferrying 6,000 pounds (2721.5 kg) of food, fuel and materials for scientific experiments for the crew aboard the International Space Station (ISS), has gone out of control and has been lost and according to reports from Russian space agency ROSCOSMOS, the supply craft may burn up in Earth’s atmosphere or crash into Earth sometime this week.

The Progress M-27M spacecraft, tumbled out of control shortly after reaching orbit on Tuesday (April 28) morning, and according to information provided by ROSCOSMOS the spacecraft is expected to burn up in the Earth’s atmosphere some time between May 5-7.

Though the success of the Progress cargo spacecraft was successful, Russian flight controllers were unable to confirm the health of all the spacecraft’s systems after it separated from the Soyuz booster rocket’s third stage. Contents wise, the spacecraft was carrying 1,940 pounds (880 kilos) of propellant, 110 pounds of oxygen, 926 pounds of water, and 3,128 pounds of spare parts, supplies and scientific experiment hardware.

“It has started descending. It has nowhere else to go,” an official familiar with the situation told AFP on condition of anonymity earlier. “It is clear that absolutely uncontrollable reactions have begun.”

NASA revealed that Russian flight control team attempted to command the vehicle over four orbits flying over Russian ground sites without any success. The spacecraft is currently spinning out of control in orbit and “will probably burn up on re-entry into the Earth’s atmosphere”.

After the spacecraft went out of control, Russian flight controllers abandoned the plans to dock the cargo ship with the ISS. NASA said that the only way to save the spacecraft is to take manual control of the spacecraft, but it is an extremely risk affair that could destroy the ISS and kill its crew.

“Russian flight controllers are continuing attempts to communicate with and troubleshoot issues with the Russian Progress 59 cargo spacecraft as it makes additional passes tonight over Russian ground stations,” NASA added in an official statement.

Experts have said that it is impossible to predict where the Progress ship could make a reentry into Earth’s atmosphere and whether it will crash on Earth and if so where.