NExSS will be investigating Saturn’s Titan for life 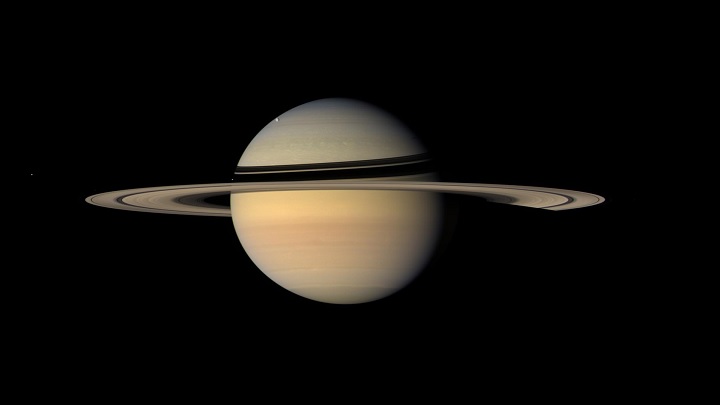 The newly announced NExSS (Nexus for Exoplanet System Science) endeavour by NASA will be searching for alien life on far off planets including Saturn’s moon Titan, a member of the group has revealed.

NExSS, comprising of sixteen teams, as a virtual institute will benefit from the expertise of several dozen scientists in the effort to find clues to life on far-away worlds, says SETI institute.

Hiroshi Imanaka, a research scientist at the SETI Institute and a specialist in the chemistry of planetary atmospheres, is part of a team recently selected to be part of NExSS. Imanaka notes that one of the major objectives of the exoplanet community has been to locate worlds orbiting distant stars in the so-called habitable zone.

âThatâs the range of distances from a star where a planet could have temperatures permitting liquid oceans”, Imanaka adds.

However, liquid oceans are not the only condition under which life can exist. Some of the moons of Jupiter and Saturn are examples of places that are not in the conventional habitable zone, but might be nonetheless habitable. We want to take further steps to characterize habitable environments that lie beyond the solar system.â

The study of planets around other stars â so-called exoplanets â is a relatively new field. Since the launch of NASAâs Kepler space telescope six years ago, thousands of exoplanet candidates have been found, and itâs this sudden storm of new worlds that has prompted efforts to learn if any exhibit clues to the presence of biology, such as oxygen or methane in their atmospheres.

Discovering exoplanets has largely been the work of astronomers, but itâs planetary scientists and astrobiologists who have the expertise to characterize planetary environments and examine them for biology. The intention of NExSS is to bring practitioners of these multiple disciplines together so they can collaborate on efforts to not simply find exoplanets, but see if any are home to life.

Imanaka and his colleagues have investigated one world that might give useful clues in this endeavor: Titan, Saturnâs largest moon.

âOur group is like an all-star Titan team,â says Imanaka. âWeâve long studied the organic chemistry of this intriguing moon, one thatâs swathed in a thick smoggy atmosphere and has lakes of liquid methane and ethane. Weâve investigated the organic haze in Titanâs atmosphere.â

But is Titan really a good analog for a life-bearing world?

âItâs possible that Titan could have life,â says Imanaka. âIâm not going to say ânoâ. But whatâs certain is that Titan can teach us about a pre-biotic world, as itâs producing the most complex organic compounds known beyond Earth. And thanks to its exceedingly low temperatures, all the chemical reactions on Titan are sluggish. Itâs a slow-motion world, and thatâs why it can tell us about the conditions on the early Earth â and maybe on some exoplanets, too.

Being part of the NExSS network will allow us to apply this extensive knowledge of Titan to the examination of smoggy exoplanet atmospheres that might be similar.â

The NExSS initiative is all about collaboration, and brings together sixteen teams in an effort to better sift distant planets for indicators of life. In this, the space agency is borrowing a leaf from celebrated basketball player Michael Jordan: