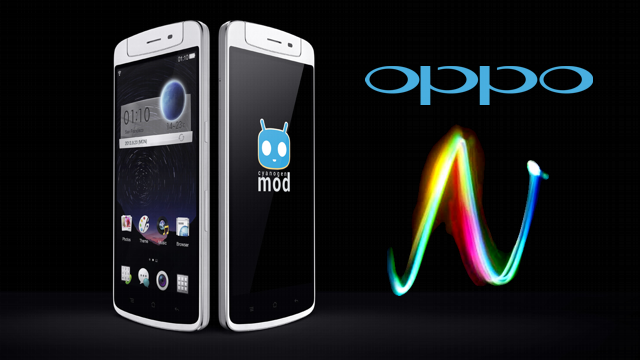 Oppo will be shipping CynogenMod powered limited edition N1 smartphones from December making it the first smartphone to run CyanogenMod out of the box, the company has announced.

Oppo N1 limited edition packs a Qualcomm Snapdragon 600 processor clocked at 1.7GHz and 2GB RAM. The N1 also features a 13-megapixel rear camera with dual-LED flash that functions as both a rear and a front camera â thanks to its unique and innovative swiveling mechanism.

Some of the other features of the Oppo N1 are an âO-Touchâ panel on the rear, which allows users to scroll, tap and take photos from the back of the phone, 5.9-inch 1080p display, Adreno 320 graphics, a and 3160 mAh battery.

As the N1 will be running CyanogenMod, it will be receiving updates at a faster rate than any other Android powered devices out there as they will be released by CyanogenMod directly. Opp will also be offering some Cyanogen-branded goodies including special packaging, stickers, and a case along with the limited edition N1.

CyanogenMod claims that the operating system has been tailored to support all the unique features of the Oppo N1 including the O-Touch panel on the rear and the 260 degree swiveling camera.

CyanogenMod powered Oppo N1 will be available starting next month for around $570.