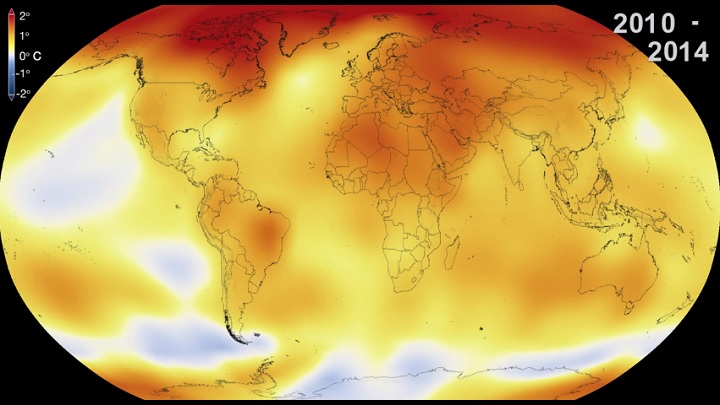 Thirty European cities including London, Bristol, Paris, Rome and Madrid, pledged to slash their greenhouse gas emissions by 40 per cent after French President Francois Hollande called on them to back historic UN climate talks.

The target has been laid out by European Union and under this pledge, cities will work together to invest public money in green technology and services.

“Your role… Is to show… That it is possible to live and live well in large urban areas and under a model that allows us to react to the demands of global warming,” Hollande leaders of these cities during a meeting on Thursday.

“I ask you to mobilise to the fullest extent in order to bring as much pressure to bear as necessary,” to ensure an agreement is reached, Hollande said.

The agreement that Hollande is referring to is the major global warming agreement, a major UN conference for which is going to be held in December in Paris. The agreement aims to finalise and ink an historic climate pact to curb global warming.

Hollande warned that time is running out and the danger will be to think that “we have as much time as we want to reach an agreement.”

The French president urged European cities to be pioneers as far as bulk purchase of equipment, standards on traffic and support for low-emission creating businesses (and) green space are concerned.

The office of Paris Mayor Anne Hidalgo said cities can work together to buy electric and hybrid cars, electricity from renewable sources as well as trash compactors.

“To convince oneself that the climate challenge is indeed a local challenge, one need only remember that by 2050 cities will house two thirds of the world’s population and emit 70 percent of carbon emissions,” Hidalgo told reporters.