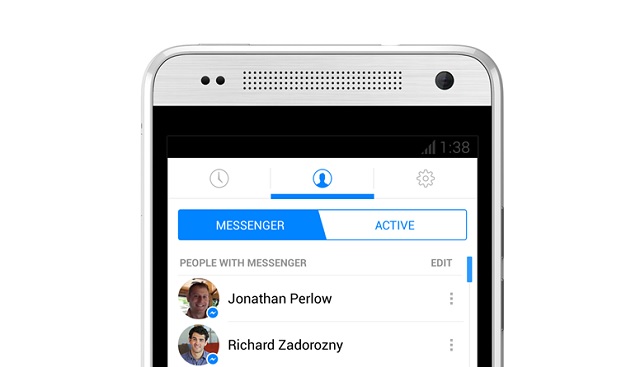 Facebook has announced that it is testing a new Messenger system for Android devices which will be faster, easier on the eyes and loaded with new features.

The app will allow users to exchange messages not only with their Facebook friends but also with other non-Facebook users provided the user has access to their registered phone number. For this reason, the app will ask phone numbers from the users when they sign-up.

The updated Android Facebook messenger app will come with a brand new minimalistic tabbed user interface with a left and right swipe feature to check out recent conversations. The new lightning bolt Messenger icon will let users know which of their friends are using the messenger allowing them to send and receive instant messages quickly. Messenger has been dressed up in a new blue hue to help users easily differentiate between Facebook apps.