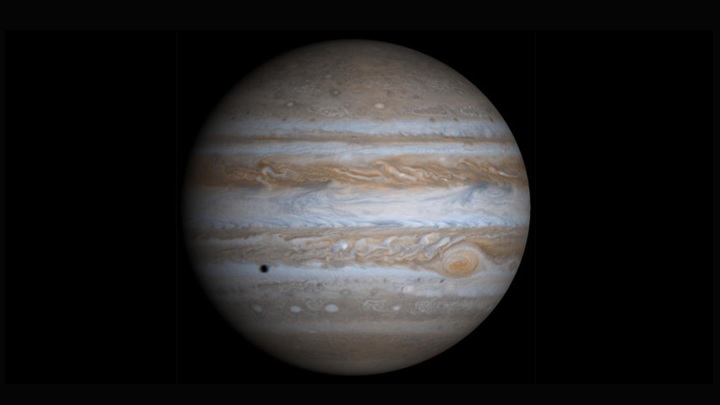 Our solar system may have had a more turbulent past owing to Jupiter’s migratory behaviour, which according to a new research not only destroyed the first generation of terrestrial planets including possible super-Earths, but also paved way for creation of low-mass inner planets including Earth and Mars.

Researchers over at California Institute of Technology and University of California – Santa Cruz have, through their new research, claimed that Jupiter may have swept through the early solar system like a wrecking ball, destroying any newly-formed super-Earths by driving them into the Sun.

The research suggests that a second generation of inner planets, including Earth and Mars, would then have formed from the depleted material that was left behind and also seeks to explains why the terrestrial planets in our solar system have such relatively low masses compared to the planets orbiting other Sun-like stars.

“Our work suggests that Jupiter’s inward-outward migration could have destroyed a first generation of planets and set the stage for the formation of the mass-depleted terrestrial planets that our solar system has today,” said Konstantin Batygin, assistant professor of planetary science at California Institute of Technology.

About half of Sun-like stars in our galactic neighbourhood have orbiting planets. In our solar system, very little lies within Mercury’s orbit; there is only a little debris – probably near-Earth asteroids that moved further inward – but certainly no planets.

That is in sharp contrast with what astronomers see in most planetary systems.

According to Batygin and colleagues, Jupiter is critical to understanding how the solar system came to be the way it is today. Their model incorporates ‘the Grand Tack scenario’, proposed by another team of astronomers in 2011.

In that scenario, Jupiter first migrated inward toward the Sun until the formation of Saturn caused it to reverse course and migrate outward to its current position.

Batygin performed numerical calculations to see what would happen if a set of rocky planets with close-in orbits had formed prior to Jupiter’s inward migration.

At that time, it’s plausible that rocky planets with deep atmospheres would have been forming close to the Sun from a dense disk of gas and dust, on their way to becoming typical “super-Earths” – planets larger than Earth but smaller than Neptune.

As Jupiter moved inward, however, gravitational perturbations from the giant planet would have swept the inner planets (and smaller planetesimals and asteroids) into close-knit, overlapping orbits, setting off a series of collisions that smashed all the nascent planets into pieces.

The resulting debris would then have spiralled into the Sun under the influence of a strong “headwind” from the dense gas still swirling around the Sun. The ingoing avalanche would have destroyed any newly-formed super-Earths by driving them into the Sun.

A second generation of inner planets would have formed later from the depleted material that was left behind, consistent with evidence that our solar system’s inner planets are younger than the outer planets.

The resulting inner planets – Mercury, Venus, Earth, and Mars – are also less massive and have much thinner atmospheres than would otherwise be expected, said Gregory Laughlin from the University of California – Santa Cruz.