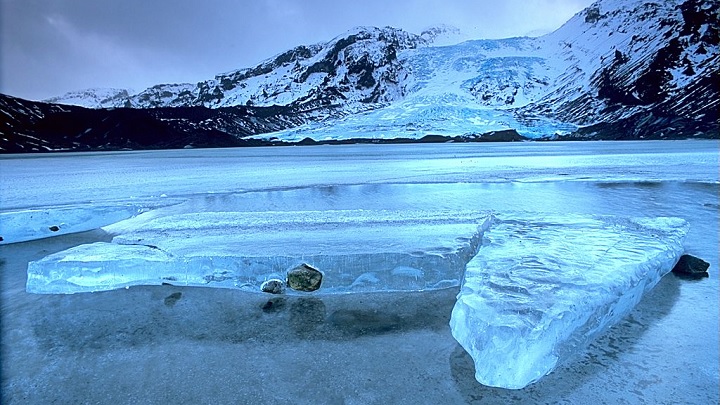 The Atlantic overturning also known as the Gulf Stream system, pegged as the most important heat transport systems, is slowing down owing to global warming and if the trend continues, researchers have said that it will not only impact marine ecosystems and sea levels but will also impact weather systems in the US and Europe to a great extent.

The Gulf Stream system is responsible for the mild climate in northwestern Europe and transports more water than all the worldâs rivers combined. It is part of the bigger âAtlantic meridional overturning circulationâ. The warm Gulf Stream flows northward into cooler waters and splits into what is called the North Atlantic Current. This stream flows still further toward northern latitudes â until it reaches points where colder, salty water sinks due to its greater density, and then travels back southward at depth.

This form of transportation plays a major role in the climate because it brings warm water northward, thereby helping to warm Europeâs climate, and also sends cold water back towards the tropics.

One of the key driving factors of this overturning is the density of water – cold salt water is more dense than warm water and therefore it sinks. However, there is a vulnerability in this system whereby if too much ice melts there will be freshening of the cold salt water, which decreases its density thereby reducing its tendency to sink below the surface. This could lead to a slow down of circulation eventually stopping at a point.

âNow freshwater coming off the melting Greenland ice sheet is likely disturbing the circulation,â says Jason Box of the Geological Survey of Denmark and Greenland.

The freshwater is diluting the ocean water. Less saline water is less dense and has therefore less tendency to sink into the deep. âSo the human-caused mass loss of the Greenland ice sheet appears to be slowing down the Atlantic overturning â and this effect might increase if temperatures are allowed to rise further,â explains Box.

The observed cooling in the North Atlantic, just south of Greenland, is stronger than what most computer simulations of the climate have predicted so far.

“Common climate models are underestimating the change weâre facing, either because the Atlantic overturning is too stable in the models or because they donât properly account for Greenland ice sheet melt, or both,â says Michael Mann of Pennsylvania State University in the US.

“That is another example where observations suggest that climate model predictions are in some respects still overly conservative when it comes to the pace at which certain aspects of climate change are proceeding.”

âIf the slowdown of the Atlantic overturning continues, the impacts might be substantial,â says Stefan Rahmstorf of the Potsdam Institute for Climate Impact Research, lead author of the study to be published in Nature Climate Change.

Rahmstorf adds that his disturbance int he Gulf Stream system will likely have a negative effect on the ocean ecosystem, and thereby fisheries and the associated livelihoods of many people in coastal areas. Further, a slowdown also adds to the regional sea-level rise affecting cities like New York and Boston.

Finally, temperature changes in that region can also influence weather systems on both sides of the Atlantic, in North America as well as Europe, he adds.