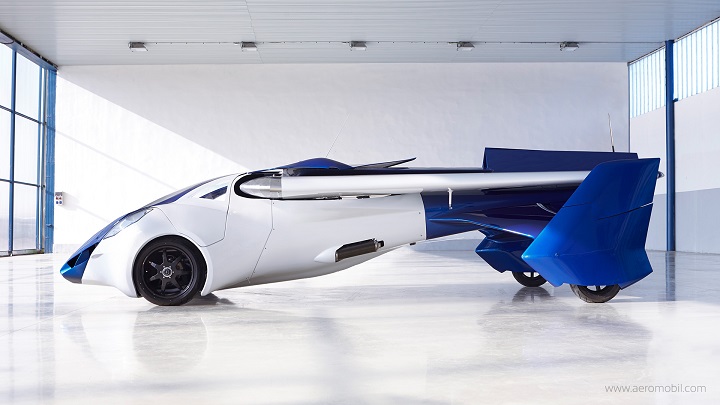 Aeromobil, the company behind world’s first flying car, is optimistic about the progress they are making and claim that their two-seater flying car could go on sale as early as 2017.

“We believe that by 2017 we’ll be able to launch this to market,” said Juraj Vaculik, CEO of Slovakian company Aeromobil.

According to the company, its car can hit over 160 kph on the ground and fly at 200kph on twin propellers. The car can land on just 150 feet of grass, and fly for up to 690 kilometres – numbers that hold the potential of changing personal transportation on a global scale.

“We don’t even need airports. If something like a flying Uber and flying Lyft will be on the market, I think many users will find this a very efficient way to move,” Vaculik said.

According to company’s website, the car is in near-final prototype stage – and unlike other rivals, meets the criteria both for planes and for road vehicles in Europe.

The car is equipped with an autopilot – and a parachute for emergencies – and its makers hope it will herald a new age of “door to door” transportation. The working model was designed and built in just 10 months.

Aeromobil also has toughened suspension, so that the car can take off from relatively rough terrain, including paved streets or parkland.

However, Vaculik admits there are still some hurdles regarding where the plane is allowed to fly and take off.

The company is yet to confirm a price tag or release date for the vehicle, but says on the site’s FAQ page that it expects to start selling the car in next 3 years with a price tag that could run into hundreds of thousands of Euros.