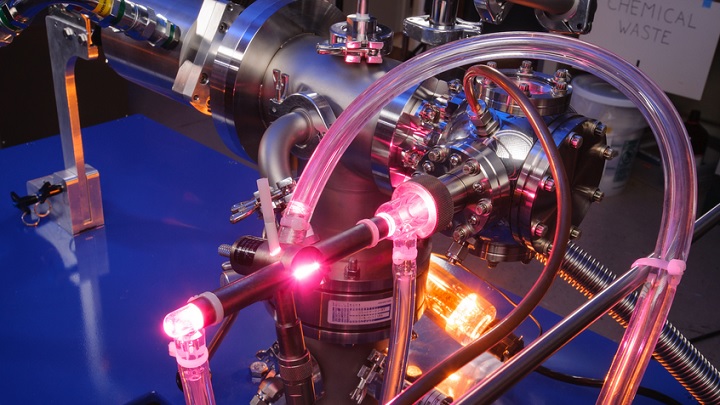 Scientists over at NASA’s Ames Research Center in Moffett Field, California have reproduced non-biologically the three basic components of life found in both DNA and RAN – uracil, cytosine, and thymine – in lab.

âWe have demonstrated for the first time that we can make uracil, cytosine, and thymine, all three components of RNA and DNA, non-biologically in a laboratory under conditions found in space,â said Michel Nuevo, research scientist at NASAâs Ames Research Center, Moffett Field, California.

Nuevo added that their processes can be used to make several fundamental building blocks used by living organisms on Earth by simulating conditions in space in a lab.

For their experiment scientists deposited an ice sample containing pyrimidine on a cold substrate in a chamber with space-like conditions such as very high vacuum, extremely low temperatures, and harsh radiation and irradiated the sample with high-energy ultraviolet (UV) photons from a hydrogen lamp. Researchers discovered that such an arrangement produces these essential ingredients of life including uracil, cytosine, and thymine.

Pyrimidine is a ring-shaped molecule made up of carbon and nitrogen and is the central structure for uracil, cytosine, and thymine, which are all three part of a genetic code found in ribonucleic (RNA) and deoxyribonucleic acids (DNA).

The bombarding photons break chemical bonds in the ices and break down the iceâs molecules into fragments that then recombine to form new compounds, such as uracil, cytosine, and thymine.

They found that when pyrimidine is frozen in ice mostly consisting of water, but also ammonia, methanol, or methane, it is much less vulnerable to destruction by radiation than it would be if it were in the gas phase in open space.

Instead of being destroyed, many of the molecules took on new forms, such as the RNA/DNA components uracil, cytosine, and thymine, which are found in the genetic make-up of all living organisms on Earth.

“We are trying to address the mechanisms in space that are forming these molecules. Considering what we produced in the laboratory, the chemistry of ice exposed to ultraviolet radiation may be an important linking step between what goes on in space and what fell to Earth early in its development,” said Christopher Materese, another researcher at NASA Ames who has been working on these experiments.

Materese added that the ultimate question of how life started on Earth still remains unanswered. The scientist added that through their experiment it can be deduced that many of the building blocks of life were likely present from the beginning.