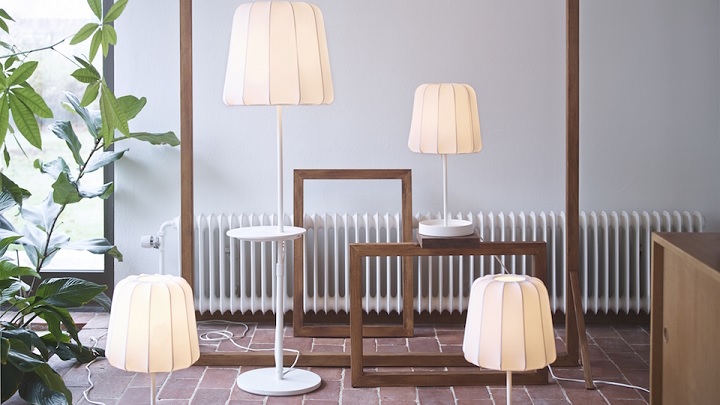 In a matter of just few years our homes have become like charging stations with almost all sockets packed with chargers for smartphones, tablets, laptops and other such electronic gadgets giving rise to what is commonly known as a cable mess.

Ikea, the master of ready-to-assemble furniture, is about to relieve you off that mess as it is bringing a new smart furniture range that seamlessly integrate wireless charging into the house. Starting this April, Ikea is to roll out a new range including bedside tablets, desks and lamps that will double up as charging spots using the Qi standard.

Qi wireless charging standard is increasingly being used in modern smartphones and tablets – meaning that they can be charged from any Qi charging surface. This eliminates the need for chargers built only for specific phone models.

“We have created smart wireless solutions so you don’t need to see the cables anymore. Many products can be charged at the same time, but you still have a beautiful wireless home”, said Ikea designer David Wahl.

According to Jeanette Skjelmose, Ikea business area manager of lighting and wireless charging, the idea of such a furniture range was born out of the inconvenience of not being able to find a charger when you need one and the mess that cables create in the house.

“They [people] worry about not finding the charger and running out of power,” said Skjelmose as quoted by The Telegraph. “The new range will make life at home simpler.”

Range manager of Ikea, Bjorn Block, dubs charging as a “constant dilemma” of modern life. “Everyone hates cables. That was our starting point, and when we dug deeper, we understood it was a global-scale problem. We wanted to make charging easier and more convenient for our customers”, Block adds.