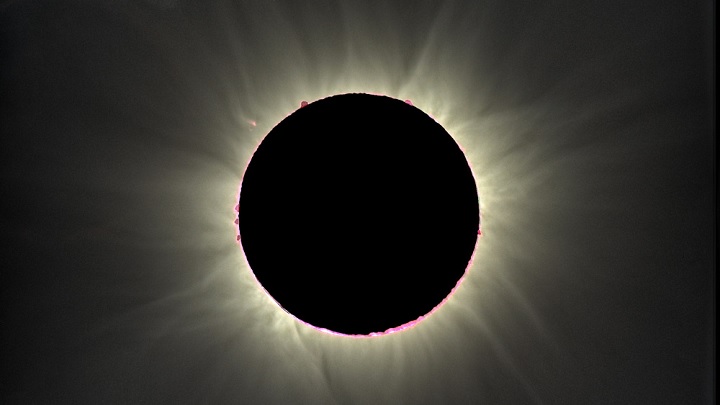 Year 2015 has been a year of back to back celestial events that has given stargazers enough opportunity to be amazed and March 2015 will see yet another such event in the form of a total solar eclipse. Europeans will be able to witness a full one in some cities, but even though Brits won’t be treated with a 100 per cent obstruction, the phenomenon will nevertheless be as dramatic as the 1999 one.

For the uninitiated, total eclipses occur when the Sun, the Moon and the Earth are exactly lined up, so that the Moon’s shadow reaches the surface of the Earth. However, the main cone of shadow (the umbra) is only just long enough to do this, and totality can be witnessed from only a very restricted area of the Earth`s surface as the Moonâs shadow sweeps along a narrow corridor known as the path of totality. To either side of this track only a partial eclipse will be seen.

The total solar eclipse on March 20 will be visible from a narrow track of totality as it passes between Iceland and the Outer Hebrides.

Those in the UK will be able to witness the solar eclipse started 8:20 AM on March 20 and if you are in Plymouth, you will be the first to catch a glimpse of the start of the eclipse. Check out the table below for further information on cities from where you will be able to view the eclipse as well as the start and end times and obstruction percentage.

Though solar eclipses are a regular thing in the UK and Europe, this year’s eclipse is going to be a significant one for two reasons. First its the largest since 1999 and secondly as much as 35,000 MW of electricity will get faded from the European grid during the eclipse and re-injected as the eclipse draws to an end. The second bit is important considering that European grid is the largest solar grid in the world. Read more about this impact here.