Comet SOHO-2875 could be spotted by Earth based observers soon 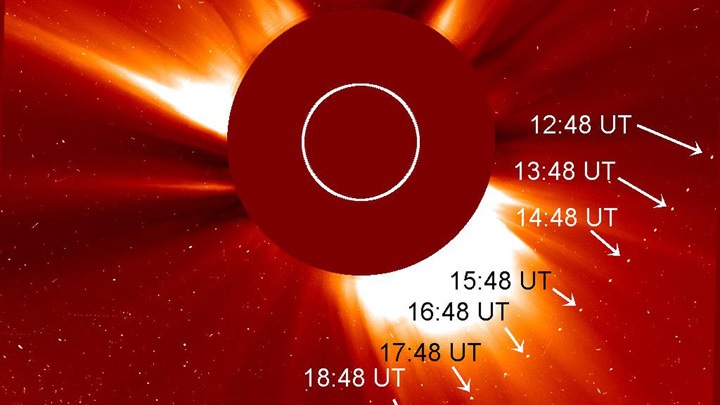 A comet dubbed SOHO-2875 recently flew past the Sun closely (in astronomical terms) and surprisingly survived the trip and astronomers now believe that there is a 50 per cent chance that the comet could be detectable by Earth based observers over the course of next few weeks.

Most comets seen by SOHO belong to the Kreutz family â all of which broke off from a single giant comet many centuries ago; however, this isn’t one of them.

Known as sungrazers, these comets usually evaporate in the intense sunlight. This comet made it to within 2.2 million miles of the sunâs surface â but survived the trip intact. Karl Battams, a solar scientist at the Naval Research Lab in Washington DC, believes that there is a descent chance that the comet is picked up by ground based observers.

“Thereâs a half-decent chance that ground observers might be able to detect it in the coming weeks. But itâs also possible that events during its trip around the sun will cause it to die fairly fast.”