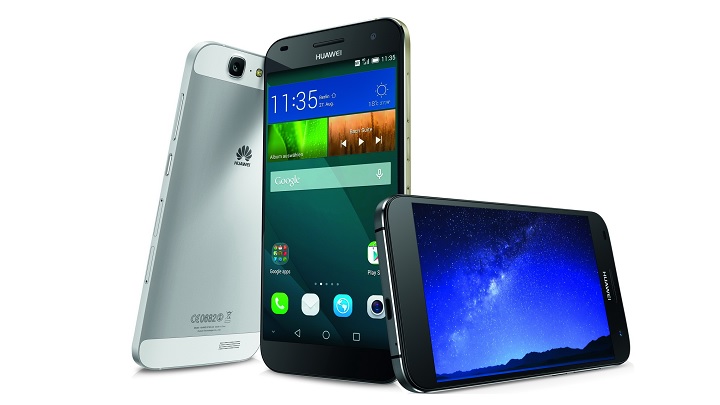 Smartphone maker Huawei has finally launched its new affordable 4G phone, the Ascend G7, in the UK and has revealed that it will be available in the country starting March.

Based around a 5.5-inch, 720p resolution screen, the Ascend G7 is powered by a quad core, 64-bit, 1.2 GHz Qualcomm Snapdragon 410 processor backed up by 2 GB of RAM and 16GB of internal memory expandable up to 32GB via a microSD card. The handset features a 3,000mAh battery, 13-megapixel rear camera with wide-angle lens and one-second capture button and 5-megapixel front camera.

The Ascend G7 is 7.6mm thin, has a metal back, and runs Android 4.4 with Huawei’s Emotion UI 3.0 on top, a customisable home screen and âStandardâ and âSimplicityâ UIs aimed at making navigation easier. It’s got Cat.4 LTE support (with 150Mbps theoretical peak download speeds), Wi-Fi and Bluetooth as connectivity options.

Rhys Saunders, Sales Directors at Huawei UK said âWe are really excited to be launching the Huawei Ascend G7 4G a fast, premium smartphone which perfectly combines style with functionality. With its large screen the Ascend G7 will open up a world of possibilities for people to stay connected on the go.â

The Huawei Ascend G7 is expected to hit the UK shores in March. The handset will be available from Carphone Warehouse in Horizon Gold, Moonlight Silver, and Space Grey color options.

Although pricing details of the device is yet to be confirmed, the official press release says it will cost around Â£149.99.