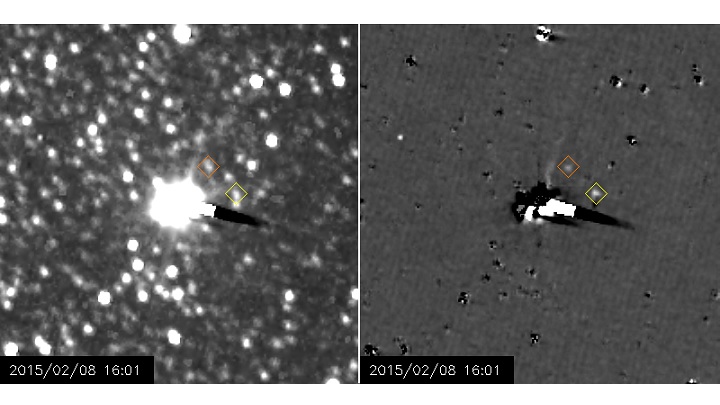 NASA’s New Horizons spacecraft has captured best ever images of Pluto’s moons Nix and Hydra till date from a distance ranging from 201 million-186 million km.

New Horizons is all set for an encounter with Pluto for the first ever time this summer – 85 years after its discovery by professor Clyde Tombaugh.

Assembled into a seven-frame movie, the new images provide the spacecraftâs first extended look at Hydra (identified by a yellow diamond) and its first-ever view of Nix (orange diamond).

âItâs thrilling to watch the details of the Pluto system emerge as we close the distance to the spacecraftâs July 14 encounter,â added New Horizons science team member John Spencer, also from the Southwest Research Institute.

The first good view of Nix and Hydra marks another major milestone and a perfect way to celebrate the anniversary of Plutoâs discovery, he noted.

Each moon is probably between approximately 40-150 km in diameter but scientists will not know their sizes more precisely until New Horizons obtains close-up pictures of both of them in July.

Plutoâs two other small moons, Styx and Kerberos, are still smaller and too faint to be seen by New Horizons at its current range to Pluto.