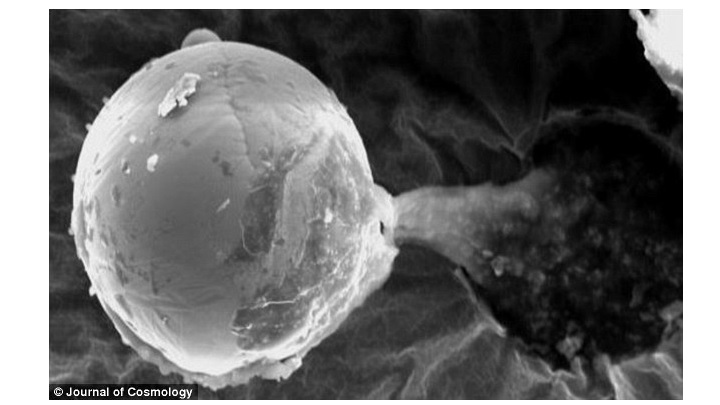 British scientists have found a microscopic metal globe in samples gathered by a balloon in Earth’s stratosphere and which they claim could be an example of directed panspermia – where life was deliberately sent to Earth by some unknown extraterrestrial civilisation.

“It is a ball about the width of a human hair, which has filamentous life on the outside and a gooey biological material oozing from its centre,” Dr. Wainwright said.

Researchers, using X-ray analysis, concluded that the sphere was made from titanium and traces of vanadium and that material that was oozing out was biological. They further found that the sphere has a ‘fungus-like knitted mat-like covering’. The team further claims that it could have been carried to Earth on a comet or even sent by an unknown civilisation. But, they have agreed that it is virtually impossible to prove that the tiny sphere was sent by aliens from outer space.

The findings have been published in the Journal of Cosmology, but their findings and conclusions still remain uncorroborated.