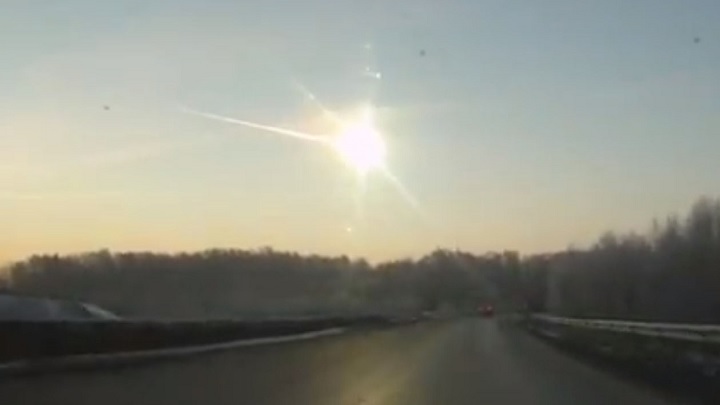 The mystery surrounding the origin of Russian Chelyabinsk meteor is still unanswered two years after the incident that injured 1,500 people.

Astronomers had originally predicted that a 2-km near-Earth asteroid (NEA) designated (86039) 1999 NC43 could be the source body from which the Chelyabinsk meteoroid was ejected prior to its encounter with the Earth. However, reanalysis of the orbital parameters and spectral data by an international team of researchers led by Planetary Science Institute Research Scientist Vishnu Reddy has shown that the link between Chelyabinsk and 1999 NC43 was unlikely.

“The composition of Chelyabinsk meteorite that was recovered after the event is similar to a common type of meteorite called LL chondrites. However, the near-Earth asteroid has a composition that is distinctly different from this,” Reddy said.

The study also showed that linking specific meteorites to an asteroid is extremely difficult due to the chaotic nature of the orbits of these bodies.

The paper is published in the journal Icarus.

The Chelyabinsk meteorite event shows how dangerous meteorites and asteroids can be. A group of campaigners headed by Queenâs Brian May and film maker Grigorij Richters proposed an Asteroid Awareness Day and signatories of this campaign include rock stars, astronauts and scientists from around the world.

June 30, 2015 has been selected as an Asteroid Awareness Day and on the on the second anniversary of the event, Richters has released an interactive video of the meteorite enabling people to re-watch the historic impact in real time from different perspectives.