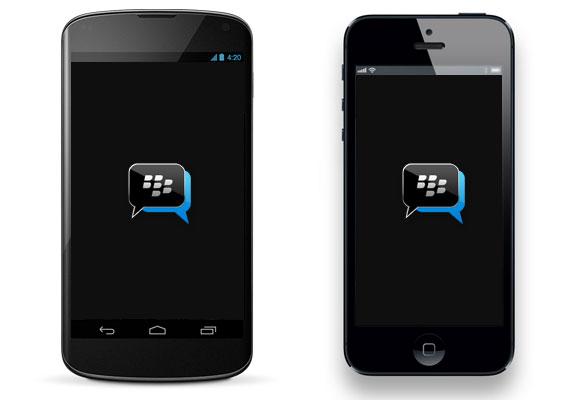 BlackBerry has finally announced the availability of its cross platform messaging app â BBM for Android and BBM for iPhone.

Originally slated for September 21 release, BBM for Android and iPhone was caught up in an unwanted tussle between BlackBerry and those who downloaded the unofficial version of BBM for Android â 1.1 million users to be precise within an eight hour window. BlackBerry claimed that the BBM servers were not able to cope with the load generated by the unofficial app because of which it had to suspend the rollout for both Android and iPhone users.

The latest announcement comes just seven days after a BlackBerry exec confirmed that BBM for Android, iPhone was arriving within days and three weeks after BlackBerry had stressed on its commitment to releasing its cross platform messenger.

BlackBerry revealed that over 3 million users had signed up at BBM.com and if you are one of those, you will not be required to wait up till the app shows up on the relevant app store. The BBM maker noted in the official announcement that if you havenât signed up then there is no need to worry as it is planning to roll out the app to millions of users as fast as possible.

âIn the next few hours, people will start seeing BBM in Google Play, the App Store and in select Samsung App Stores â where it will be free to downloadâ, notes BlackBerry.

BlackBerry is implemented a queue system to ensure that its servers donât cock-up again under heavy load. Users have been requested to sign-up on BBM.com if they havenât already to receive a notification whenever the app is available for download.

BlackBerry notes that during the one month time period, its developers worked round the clock to finish work on BBM and also revealed that some new features have also been added.

We have managed to find the Google Play link of BBM for Android. We will update the post when we have the link for BBM for iPhone.