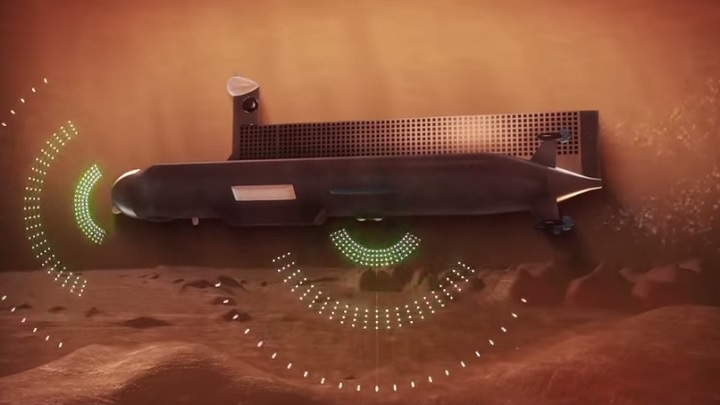 NASA has floated an idea of a space submarine that it intends to use to explore oceans on one of Saturn’s moons – Titan. The space agency will be talking about its space submarine at the 46th Lunar and Planetary Science Conference in March, but the idea has already been described in this document here.

NASA’s Cassini studied Titan in a lot detail during its multiple flybys specifically its methane oceans up to depths of 200 metres using its radar instrument. According to NASA, Titan is the only moon in the solar system that has a significant atmosphere and that too known to have its own methane cycle much like Earthâs water cycle.

Scientists believe that if they want to properly explore Saturn’s moon, they must be in a position to dive into Titan’s seas to reveal their secrets.

NASA scientists have revealed their vision of a possible mission to Titanâs largest sea, Kracken Mare, using an autonomous submersible that would be capable of making a 90 day, 2,000 kilometer (1,250 mile) voyage to explore the depths of the alien marine environment.

The design document notes that the submarine will be powered by by a radioisotope generator – much like the technology used in current missions like Cassini and Mars rover Curiosity.

One of the major issues would be the liquid in which the submarine is to navigate. It will either be methane or ethane or possibly combinations of both of them. Until scientists figure out what the oceans are primarily made up of, they have assumed that they are to build a submarine for heavier methane.

Next up its the sub’s capabilities of sending back data to Earth. Scientists note in the design document: “the direct transmission of worthwhile amounts of data over a billion miles to Earth requires a large antenna” because NASA has precluded use of an orbiter to relay data to Earth.

For this reason, NASA has designed a dorsal fin concealing an antenna – an accepted compromise that will create a bit of drag making placement of buoyancy control tanks a bit tricky. Transmission from the sub will happen as and when it surfaces.

Then there are temperature concerns as currently used terrestrial technique of using tanks full of air to control buoyancy won’t work on Titan. The primary reasons is because Titan is cold and Nitrogen could condense into a liquid. For this reason, NASA engineers have discussed all sorts of exotic arrangements for transfer of liquids and gases to control buoyancy.

If these issues aren’t enough, there is the ultimate question of how to land the submarine on Titan and get it into the Kracken Mare. Considering that submarines aren’t aerodynamic, NASA has talked about putting the sub inside a space plane like the X-37, which will be capable of landing on the methane filled ocean. Post the landing, the space plane will open its cargo bay and sink, leaving the submarine free to navigate.