Our oceans are being fed 8.8 million tons of plastic annually, alarming study finds 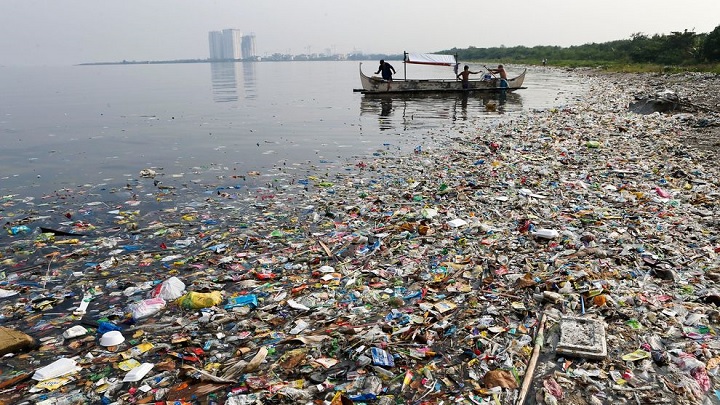 According to a new study that tracked marine debris from its source, 8.8 million tons of plastic ends up in the world oceans annually and this quantity is much higher than previous estimates.

Plastic waste is a global problem and until now numbers attached to this problem didn’t ring alarms bells as loud as this latest study by researchers over at University of Georgia who claim that if all the plastic waste being dumped to oceans is accounted for, it will be equivalent of five grocery bags full of plastic debris dotting each foot of coastline around the world.

Jenna Jambeck, an assistant professor of environmental engineering in the UGA College of Engineering, and her colleagues in the National Center for Ecological Analysis and Synthesis working group started off their study by looking at the debris entering the ocean from land, sea and other pathways.

To determine the amount of plastic going into the ocean, Jambeck “started it off beautifully with a very grand model of all sources of marine debris,” said study co-author Roland Geyer, an associate professor with the University of California, Santa Barbara’s Bren School of Environmental Science & Management.

Their goal was to develop models for each of these sources and after gathering rough estimates it was evident that “the mismanaged waste and solid waste dispersed was the biggest contributor of all of them.” From there on they focused on plastic.

“For the first time, we’re estimating the amount of plastic that enters the oceans in a given year,” said study co-author Kara Lavender Law, a research professor at the Massachusetts-based Sea Education Association. “Nobody has had a good sense of the size of that problem until now.”

Jamebeck said that if the biggest polluters, mostly developing Asian countries, don’t clean up how they throw stuff away, then by 2025 the total accumulated plastic trash in the oceans will reach around 170 million tons. That’s based on population trends and continued waste management disposal problems, although there may be some early signs of change, she said.

More than half of the plastic waste that flows into the oceans comes from just five countries: China, Indonesia, Philippines, Vietnam and Sri Lanka. The only industrialized western country on the list of top 20 plastic polluters is the United States at No. 20.

The US and Europe are not mismanaging their collected waste, so the plastic trash coming from those countries is due to litter, researchers said.

While China is responsible for 2.4 million tons of plastic that makes its way into the ocean, nearly 28 per cent of the world total, the United States contributes just 77,000 tons, which is less than 1 percent, according to the study published Thursday in the journal Science.

This is mostly because developed countries have systems to trap and collect plastic waste, Jambeck said.

“We need to wake up and see our waste,” Jambeck said. “I think the problem in some ways has sort of snuck up around us.”

The amount of plastics estimated going into the water is equal to how much tuna is fished year, so “we are taking out tuna and putting in plastic,” study co-author Kara Lavendar Law said in a press conference at the American Association for the Advancement of Science conference.

Nancy Wallace, who is head of the marine debris program for the National Oceanic and Atmospheric Administration, said plastic waste in the water is a crucial worldwide issue because it is eaten by sea life and it also collects ocean toxins.

There’s also a clean-up cost and it affects tourism, she said.

Unlike previous studies which looked at the plastic in the oceans, Jambeck used World Bank statistics on 192 countries’ waste streams to track and estimate plastic pollution from the source.

“We’re being overwhelmed by our waste,” she said. “But our framework allows us to also examine mitigation strategies like improving global solid waste management and reducing plastic in the waste stream. Potential solutions will need to coordinate local and global efforts.”