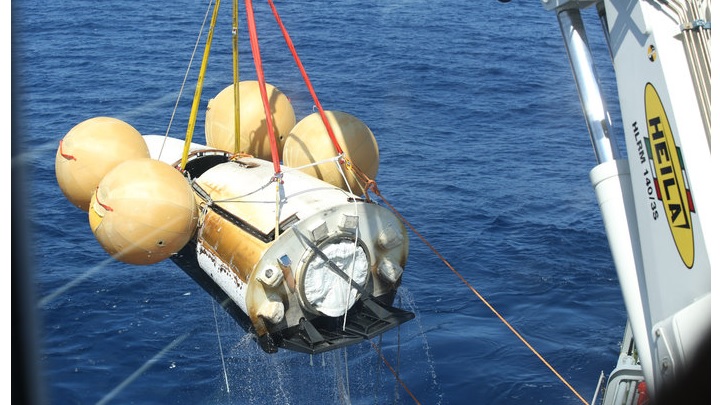 The European Space Agency has successfully recovered its Intermediate eXperimental Vehicle (IXV) – a wingless spaceplane which completed a test flight successfully and splashed down safely in the Pacific Ocean just west of the Galapagos islands.

ESA has been trying to make its mark in reentry capabilities and reusability of spacecrafts and with its latest test flight succeeding, the space agency believes that IXV has opened a new chapter for the agency.

The IXV is a the five-metre-long, two-tonne craft capable of reentry from space. It lifted off from French Guiana in South America aboard a Vega VV04 rocket at 13:40 GMT (14:40 CET, 10:40 local time) on 11 February after a 40-minute delay caused by data transmission problems.

The rocket took the IXV to an altitude of 340 km from where it separated and continued up to 412 km. Reentering from this suborbital path, it recorded a vast amount of data from more than 300 advanced and conventional sensors.

The IXV was manoeuvred to decelerate from hypersonic to supersonic speed. The entry speed of 7.5 km/s at an altitude of 120 km created the same conditions as those for a vehicle returning from low Earth orbit.

IXV glided through the atmosphere before parachutes deployed to slow the descent further for a safe splashdown in the Pacific Ocean, added ESA.