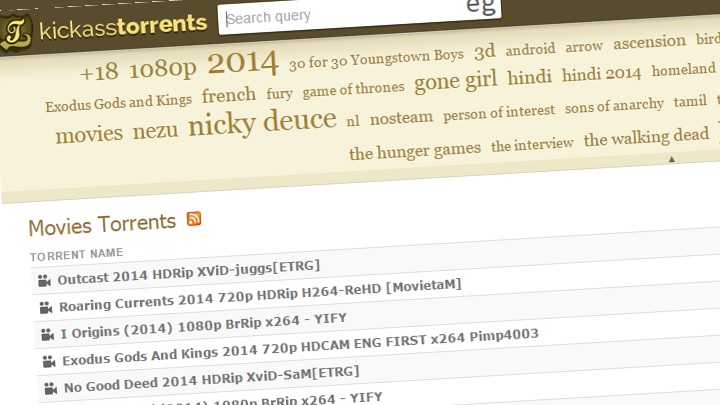 KickAss Torrents saw its Somalian domain kickass.so seized by authorities, but the site didn’t have to stay down for long as an alternate domain kickass.to was already operational and accessible.

The Kickass.so domain was unavailable on Monday morning (February 9), but with kickass.to already serving torrents to users a weak point in the domain name seizures is glaringly highlighted. Domain name seizure tactics employed by authorities haven’t worked till date and there are tons of example to prove it.

Domain name takedowns usually materilise as a result of orders from legal authorities who act upon the appeals and court cases filed by rights holders asking for the sites to be removed because they are sharing copyrighted media. The registrars seize the domain name to stay out of legal trouble, which results into the site in question being rendered offline.

This doesn’t stop as site owners quickly jump to a domain name which hasn’t been seized yet and the business runs as usual. Further, there have been cases when authorities have taken the matter all the way and seized servers and even arrested site owners in a bid to ensure that the sites don’t go live again.

But, this hasn’t helped in cases of IsoHunt and ThePirateBay as copies of the original sites’ entire database are made available for download and anyone with a little knowledge of web hosting can get a copy of the site up and running within hours.

âIt doesnât really have an effect in the larger scheme of things; there are plenty of backups to the website as before the site was taken down anyone could download a backupâ, Benjamin Ali, intelligence investigator at dark web monitoring company Centient, told IBTimes UK late last year.