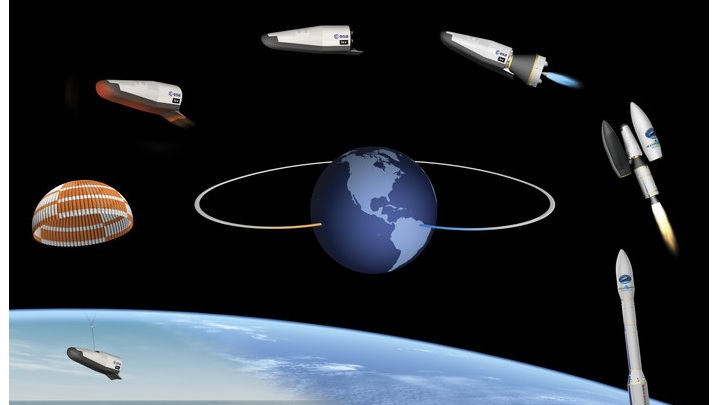 The European Space Agency (ESA) has successfully completed the first test flight of its Intermediate eXperimental Vehicle (IXV) wherein it saw the wingless spaceplane land in one piece in the Pacific Ocean.

The IXV lifted off from French Guiana in South America aboard a Vega VV04 rocket at 13:40 GMT (14:40 CET, 10:40 local time) on 11 February after a 40-minute delay caused by data transmission problems. The rocket took the IXV to an altitude of 340 km from where it separated and continued up to 412 km. Reentering from this suborbital path, it recorded a vast amount of data from more than 300 advanced and conventional sensors, notes ESA.

The spaceplane few east around the globe during its descent and finally landed safely in the the Pacific Ocean west of the Galapagos Islands at about 15:20 GMT. During the descent, the wedge-shaped IXV gathered data on how space objects fall back to Earth.

âIXV has opened a new chapter for ESA in terms of reentry capabilities and reusability,â explains Jean-Jacques Dordain, ESA Director General. “It couldn’t have gone better.”

The ESA will bring the IXV to its technical centre, ESTEC, in the Netherlands where it will analyse all the data collected by the spaceplane during its flight. Initial results of the analysis are expected to be released in six weeks.

âThis mission will teach us a lot about the technologies we need to apply in new launch systems, in particular when we think about reusable systems,â notes Gaele Winters, ESA Director of Launchers.

ESA notes that the reentry will open a new chapter for the space agency.

“Such a capability is a cornerstone for reusable launcher stages, sample return from other planets and crew return from space, as well as for future Earth observation, microgravity research, satellite servicing and disposal missions”, ESA notes in a press release.