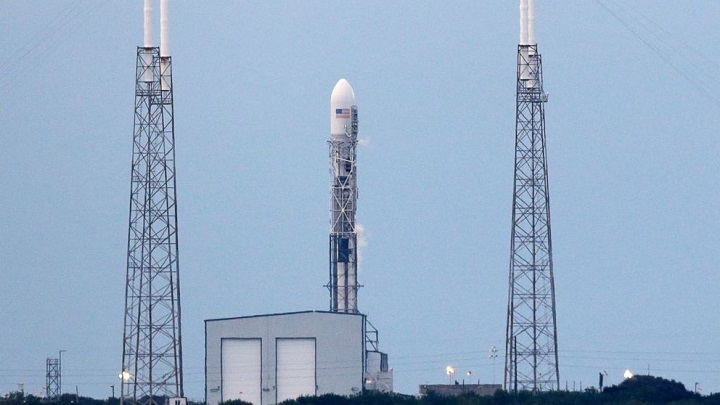 DSCOVR will be used by the US National Oceanic and Atmospheric Administration (NOAA) to monitor the Sun and will provide warnings on hazardous outbursts from our star. The Sun is home to some violent charged particle and radiation outbursts and some of these, when hurled at Earth, hold the potential of disrupting a range of critical services from GPS to electricity distribution across our planet.

This is where DSCOVR will play a key role by serving as a ‘tsunami buoy in space’, says Tom Berger, the director of Noaa’s Space Weather Prediction Center in Boulder, Colorado. Berger said that DISCOVR will provide data using which forecasters will be able to give a warning an hour prior to arrival of the huge magnetic eruptions from the Sun.

These huge magnetic eruptions known as Coronal Mass Ejections (CMEs) hold the potential of causing huge geomagnetic storms at Earth which could severely disrupt communications with aircrafts, damage satellites and even damage to power grid equipment on the ground says the National Oceanic and Atmospheric Administration (NOAA).

SpaceX was responsible for DSCOVR’s launch, but NOAA will be taking over control of the satellite as it moves out into the further reaches of space.

Beyond its study of the Sun, DSCOVR will take full-face images of the Earth and four to six of these pictures a day will be acquired and then posted on a publicly accessible website about a day later.

DSCOVR will also track the amount of solar energy falling on the planet versus the amount of energy it gives back to space enabling scientists to understand climate change in greater depths. Scientists will use DSCOVR’s Earth observation data to study ozone, clouds, and vegetation as well.

SpaceX secondary mission in the latest launch was to have a second go at a soft landing of the first stage of its Falcon 9 rocket. That didn’t go as per plan owing to dangerous conditions in the Atlantic. SpaceX had already revealed prior to the test that the extreme weather conditions are highly likely to prevent an attempt at soft landing.

âWe are experiencing just such weather in the Atlantic with waves reaching up to three stories in height crashing over the decks. Also, only three of the drone shipâs four engines are functioning, making station-keeping in the face of such wave action extremely difficult. The rocket will still attempt a soft landing in the water through the storm (producing valuable landing data), but survival is highly unlikelyâ, SpaceX had said in a press note earlier.

SpaceX’s rocket reusability test involves re-lighting the engines on the booster after its ascent and separation, and then flying it back under control to land on a floating platform in the Atlantic.

Back in January SpaceX attempted such a soft landing, but it ended in a fiery explosion. Wednesday’s mission had to abandon the drone landing because of bad sea conditions, but company’s engineers still used the occasion to bring the booster to a hovering stop over the water where the vessel would have been.