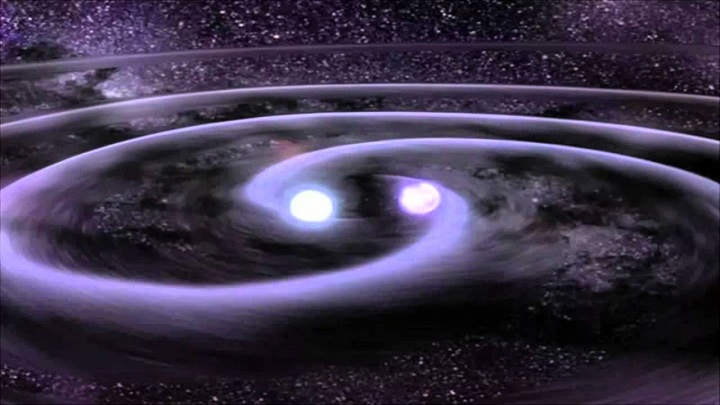 Astronomers at the European Southern Observatory using the Very Large Telescope (VLT) at Canary Islands have identified a pair of two white dwarf stars said to be on a collision which will likely result into a supernova.

The discovery of the two white dwarfs, in the planetary nebula Henize 2-428, is a first of its kind and according to researchers they will have a total mass of about 1.8 times that of the Sun. The discovery was made by a team of astronomers led by Miguel Santander-GarcÃ­a (Observatorio AstronÃ³mico Nacional, AlcalÃ¡ de Henares, Spain; Instituto de Ciencia de Materiales de Madrid (CSIC), Madrid, Spain) accidentally.

The team was trying to solve a different problem on how some stars produce such strangely shaped and asymmetric nebulae late in their lives. One of the objects they studied was the unusual planetary nebula dubbed Henize 2-428.

“When we looked at this objectâs central star with ESOâs Very Large Telescope, we found not just one but a pair of stars at the heart of this strangely lopsided glowing cloud,” says coauthor Henri Boffin from ESO.

Coauthor of the study Henri Boffin from ESO revealed that when they looked at the planetary nebula’s central star with ESOâs VLT they found not one but two stars. Presence of such a pair could explain why some planetary nebula have an odd shape.

“Further observations made with telescopes in the Canary Islands allowed us to determine the orbit of the two stars and deduce both the masses of the two stars and their separation. This was when the biggest surprise was revealed,” says Romano Corradi, another of the study’s authors and researcher at the Instituto de AstrofÃ­sica de Canarias.

According to researchers the mass of the individual stars is less than that of Sun and they orbit each other every four hours. According to Einsteinâs theory of general relativity, as the two stars are close to one another, they will grow closer and closer before eventually merging into a single star within the next 700 million years. The resultant mass will be 1.76 times that of our Sun, which tips them over the Chandrasekhar limit which postulates that white dwarfs can’t have a mass greater than 2.765 Ã 1030 kg, or 1.39 times that of our Sun, without going ‘nova.

“It’s an extremely enigmatic system,” concludes Santander-GarcÃ­a. “It will have important repercussions for the study of supernovae Type Ia, which are widely used to measure astronomical distances and were key to the discovery that the expansion of the Universe is accelerating due to dark energy”.