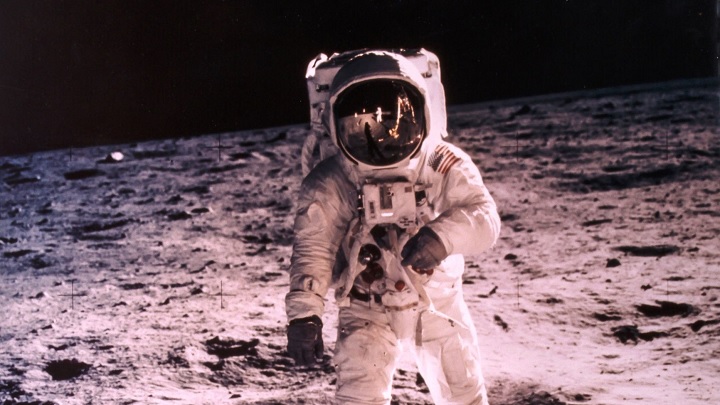 More than 600 vintage photos, many of which have been snapped by astronauts, including an awesome selfie taken by Buzz Aldrin on the Gemini 12 mission in 1966 are currently in display at the Mallett Antiques in London and they will soon be under the hammer at Bloomsbury Auctions on February 26.

“It’s incredible to realise that many photographs in this auction were unknown to the general public for decades until the complete NASA photographic archive began to appear digitally on the internet”, said Sarah Wheeler, Head of Photographs at Bloomsbury Auctions in a press release.

The collection contains a range of photographs, described as giving a comprehensive coverage of the space programme, from the early days of Mercury, through the technical advances of Gemini and Lunar Orbiter, to the triumphs of Apollo. The collection includes the first ever photo taken of Earth from space, snapped in 1946. NASA had mounted the camera on a rocket that blasted off 65 miles above the surface of the Earth. The camera smashed on impact when it returned to Earth, but fortunately the film roll was salvaged.

The stash also contains the only clear photo of Neil Armstrongâs first steps on the Moon. For almost 20 years, NASA believed that the only photographs taken on the lunar surface were of Buzz Aldrin until the collection was discovered in NASA archives at Houston. Another image is a 1972 photo of Apollo 17âs Harrison Schmitt on the Moon with the Stars and Stripes in the foreground and Earth in the distance. The image, captured by colleague Eugene Cernan, has been described as “One of the great photos ever to come out of the space programme.” The lot also includes the first ‘selfie’ taken in space, snapped by Buzz Aldrin during a 1966 EVA (Extra Vehicular Activity).

All the photos in the collection have Nasa stamps, captions and identification numbers and are on Kodak paper. The photos are being sold in individual lots with prices ranging from Â£300 to Â£10,000 at Bloomsbury Auctions, Central London.