Underwater volcanoes said to be playing a part in global warming 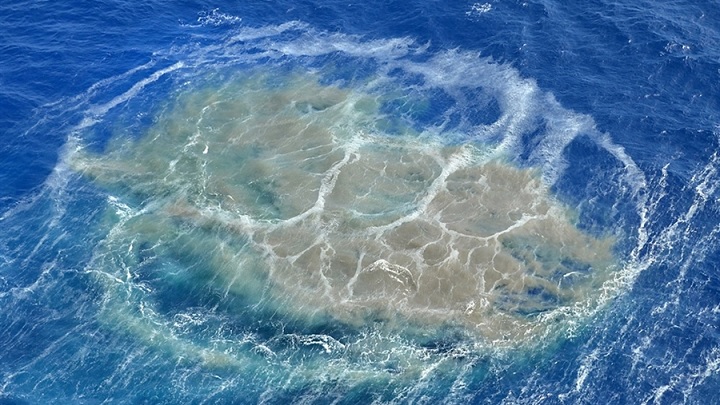 According to a new study carried out by researchers at Columbia University’s Lamont-Doherty Earth Observatory in the US, volcanoes hidden under oceans may have a greater role to play in Earth’s long-term climate than previously thought.

Researchers revealed through their study that submarine volcanoes flare up on strikingly regular cycles, ranging from two weeks to 100,000 years and that they erupt almost exclusively during the first six months of each year.

The latest study also found that such volcanoes produce about eight times more lava annually and that previous estimates of slow release of lava at steady rates are inaccurate.

“People have ignored seafloor volcanoes on the idea that their influence is smallâbut thatâs because they are assumed to be in a steady state, which theyâre not,” said the studyâs author, marine geophysicist Maya Tolstoy of Columbia Universityâs Lamont-Doherty Earth Observatory, in a press release.

Due to the chemistry of their magmas, the carbon dioxide they emit is currently at about 88 million tonnes a year, the same as, or perhaps a little less than, from land volcanoes, said Tolstoy. If underwater volcanoes were a little bit more active, their carbon dioxide output would shoot up, Tolstoy added.

The findings suggested that models of earth’s natural climate dynamics and human-influenced climate change may have to be adjusted.

“They respond to both very large forces, and to very small ones, and that tells us that we need to look at them much more closely.”

They also created new high-resolution maps showing outlines of past lava flows and analyzed some 25 years of seismic data from ridges in the Pacific, Atlantic and Arctic oceans.

Sea levels drop as water gets locked into ice, relieving pressure on submarine volcanoes and causing them to erupt more.

Seismic data also suggested that undersea volcanoes pulse to life every two weeks. That is the schedule upon which combined gravity from the moon and sun cause ocean tides to reach their lowest points, thus, subtly relieving pressure on volcanoes below.

“This study… may have a long-term feedback into our whole climate system. If we are going to protect Earth we have to understand how the planet functions as a whole,” Tolstoy added.

The study was published in the US journal Geophysical Research Letters Friday.