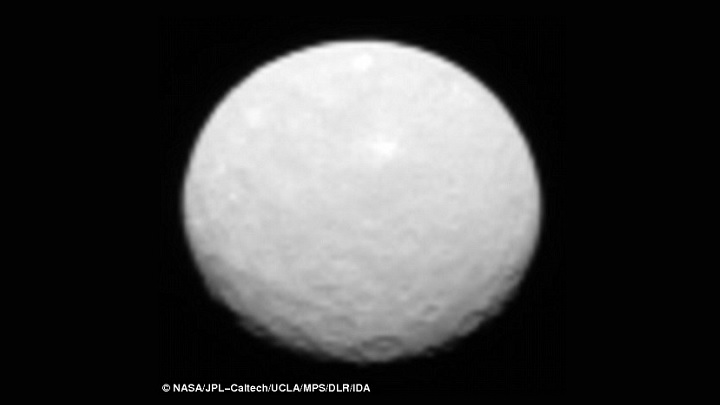 NASAâs Dawn spacecraft is approaching Ceres fast and on its approach the spacecraft has captured closest ever images of the dwarf planet till date and relayed them back to us.

The pictures have a resolution of 14 km per pixel and were captured by Dawn on February 4 from a distance of about 90,000 miles (145,000 kilometers), NASA revealed in a press release.

Dawn will soon enter Ceresâ orbit and once there it will study the dwarf planet in greater detail. Ceres, with a diameter of 950 kilometres, is the largest object in the main asteroid belt, located between Mars and Jupiter.

We know so little about our vast solar system, but thanks to economical missions like Dawn, those mysteries are being solved,’ said Jim Green, Planetary Science Division Director at NASA.

The latest set of images comes days after Dawn sent back initial images taken in January. Those images revealed a sort of ‘alien’ white spot on the dwarf planet resembling the death star of Star Wars. Keeping conspiracy theories at bay, the white spot suggests the presence of a large crater.

NASA hasnât provided any explanation so far about the white spot being brighter than rest of the planet, but scientists are of the opinion that it may be a frozen pool of ice at the bottom of a crater that reflects light.

‘We know so much about the solar system and yet so little about dwarf planet Ceres. Now, Dawn is ready to change that,’ said Marc Rayman, Dawn’s chief engineer and mission director, based at Nasa’s Jet Propulsion Laboratory in California.