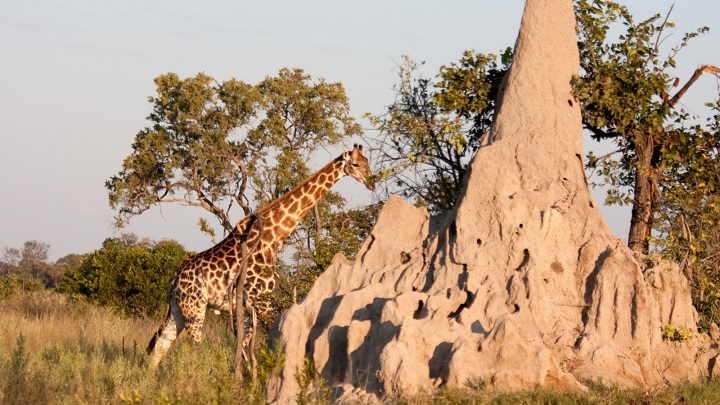 A new research has shed light on how termites play a critical role in stopping expansion of deserts in semi-arid ecosystems in Africa, Asia and South America.

According to a study, published in journal Science and carried out by the National Science Foundation, termite mounds play a key role in stopping desert advances in vulnerable areas because of their capability to allow water to better penetrate the soil. Termites store nutrients and moisture in mounds and the internal tunnels of these mounds help water to better penetrate the soil in the parched grasslands and savannas, or drylands, of Africa, South America and Asia.

As a result of this, vegetation flourishes on and near termite mounds in ecosystems that are otherwise vulnerable to desertification.

Researcher Doug Levey said that this study demonstrates that termite mounds create important refugia for plants and help to protect vast landscapes in Africa from the effects of drought, adding not all termites are pests.

The research was inspired by the fungus-growing termite species, Odontotermes, but the results apply to all types of termites that increase resource availability on or around their mounds.

Corresponding author Corina Tarnita, a Princeton University ecologist, added that because termites allow water to penetrate the soil better, plants grow on or near the mounds as if there were more rain and the vegetation on and around termite mounds persists longer and declines slower.

Tarnita noted that even when there is harsh conditions where vegetation disappears from the mounds, re-vegetation is still easier, suggesting as long as the mounds are there the ecosystem has a better chance to recover.

Researchers have described the process of desertification as a five-stage process with each stage said to have a distinct pattern of plant growth.

Researchers found during their study that though the termite-mound pattern looks deceptively similar to the last and most critical of the five stages that mark the transition of drylands to desert, the interpretation of them being as an onset of desertification is wrong.

“Plants are persevering thanks to termite mounds”, researchers note.

Ecologist Robert Pringle said that the unexpected function of termites in savannas and grasslands suggests that ants, prairie dogs, gophers and other mound-building creatures could also have important roles in ecosystem health.

Pringle added that he likes to think of termites as linchpins of the ecosystem in more than one way as they increase the productivity of the system, but they also make it more stable and more resilient.