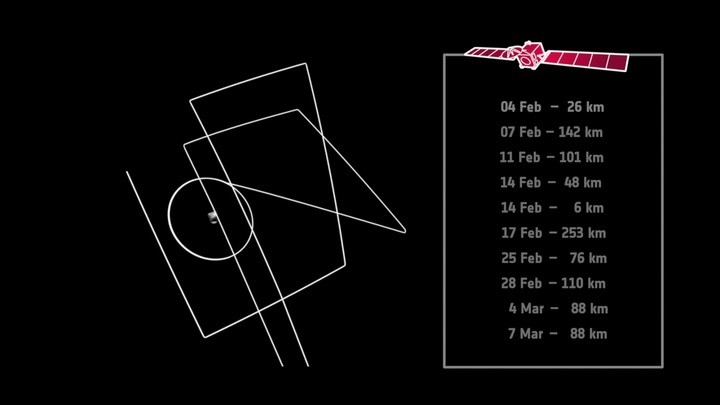 The European Space Agency (ESA) has revealed that its Rosetta probe is all set to fly close to Comet 67P Churyumov-Gerasimenko on February 14 passing just 6 km from the surface.

According to the space agency February 3 was Rosetta’s last day at 26 km from 67P and it will start a new orbit of the comet on February 7. In this phase, it will first move out by 140 kilometers before getting as close as 6 kilometers away on February 14.

“The upcoming close flyby will allow unique scientific observations, providing us with high-resolution measurements of the surface over a range of wavelengths and giving us the opportunity to sample â taste or sniff â the very innermost parts of the cometâs atmosphere,â says Matt Taylor, ESAâs Rosetta project scientist in a press release.

The close flyby will take Rosetta to comet’s most active regions helping scientists understand the connection between the source of the observed activity and the atmosphere, or coma. In particular, scientists will be looking for zones where the outflowing gas and dust accelerates from the surface and how these constituents evolve at larger distances from the comet.

Check out the fly by video below:

The comet’s surface is already known to be very dark, reflecting just 6 per cent of the light that falls on it.

During the close flyby, Rosetta will pass over the comet with the Sun directly behind, allowing shadow-free images to be collected. By studying the reflectivity of the nucleus as it varies with the angle of the sunlight falling on it, scientists hope to gain a more detailed insight into the dust grains on the surface.

“After this close flyby, a new phase will begin, when Rosetta will execute sets of flybys past the comet at a range of distances, between about 15 km and 100 km,” says Sylvain Lodiot, ESAâs spacecraft operations manager.