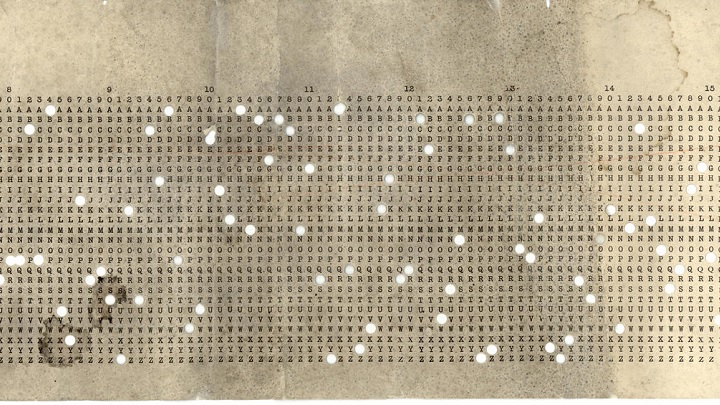 Conditions during World War II are known to have been harsh and a recent discovery reminds us of the ‘chilly’ everyday struggles faced by the WW2 codebreaker. During renovation of Hut 6 of Bletchley Park top secret notes including Alan Turing’s Banbury sheet were found jammed into holes in the ceiling.

Wastepaper was often used to stuff up leaky ceilings and the recently discovered handwritten notes were used in the same way rather than being destroyed as per the orders at the time. Soon after they were found, the notes were frozen to prevent further damage.

The notes do not carry any information about who jotted them down but it does contain information on a lot of techniques devised by Turing. Among these notes are the only surviving examples of Banbury sheets – stationery that was printed in Banbury, Oxfordshire. The Banburismus technique was developed by Turning to take advantage of a flaw in the Germany’s Enigma machine used for encryption during WWII.

“Discovering these pieces of code-breaking ephemera is incredibly exciting and provides yet more insight into how the code breakers actually worked,” Bletchley Park Trust chief executive Ian Standen told The Times. “The fact that these papers were used to block draughty holes in the primitive hut walls reminds us of the rudimentary conditions under which these extraordinary people were working.”

The notes have now been thawed, cleaned and repaired and will be displayed at the Bletchley Park museum next month. The museum and its surrounding park have been renovated to their 1940s design, largely using original materials.

“These are the actual documents used by code breakers, and in terms of the code breaking process they are pivotal,â Bletchley Park curator Gillian Mason told The Times. “I can just see these people beavering away. There is lots of pencil and crayon activity.”