Samsung teases something âcurvyâ in its Unpacked 2015 event invite 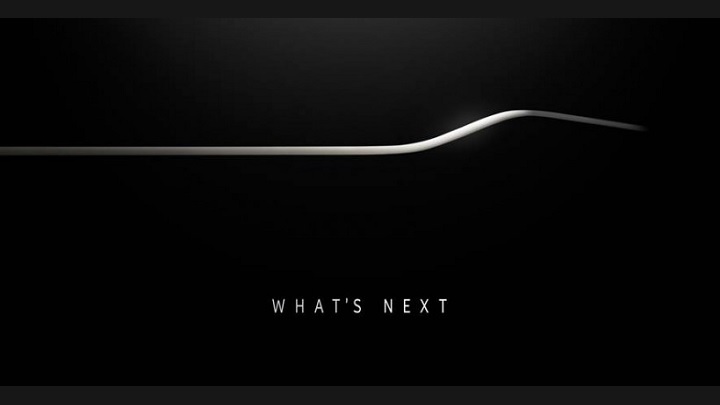 Samsung has sent out invitations for its Galaxy Unpacked 2015 event where the smart phone giant is expected to take the wraps off its new flagship Galaxy phone, presumably the Galaxy S6.

The invite for the event reads ‘What’s Next’ with a curved design in a black background. The invite also features the “Galaxy Unpacked 2015” logo and a March 1, Barcelona date and time.

The curved sleek silver line suggest that the company could bring in the curved screen that features on the Galaxy Note Edge to the new phone, or that it could bring back the âchinâ that used to pop out of the bottom of many of Samsungâs earlier smartphones.

As according to rumors, Samsungâs upcoming Galaxy S6 smartphone is expected to feature a 5.3 inch 4K Super AMOLED display with a resolution of 2160Ã3840 pixels. This appears to be a significant upgrade as compared to the 5.1 inch Super AMOLED screen with FHD 1080p resolution in its predecessor.

There are reports that the Galaxy S6 will likely arrive with a chip made Samsung itself, rather than the usual manufacturers Qualcomm.

The reports adds on that the next flagship device would also arrive with an iris scanning feature that was rumored to announced with the Galaxy S5 and Galaxy Note 4 as well. Other aspects of the Galaxy S6 smartphone are claimed to be full metal chassis as in the A lineup of devices, Android 5.0 Lollipop with updated TouchWiz UI and a 20 MP primary snapper with Optical Image Stabilization.