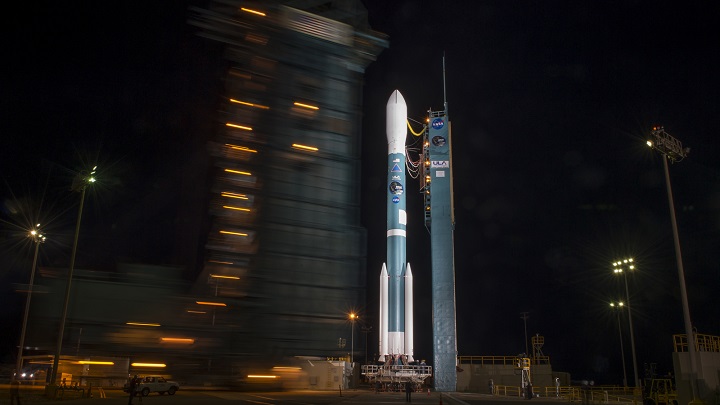 NASA has finally managed to launch its first Earth satellite designed to collect global observations of soil moisture in a bid to improve climate forecast after two rounds of delays.

The SMAP observatory – short for Soil Moisture Active Passive – blasted off atop a United Launch Alliance Delta II rocket from Vandenberg Air Force Base in California at 6:22 am (PST), the US space agency said in a press release.

After a series of activation procedures, the spacecraft established communications with ground controllers and deployed its solar array. Initial telemetry shows the spacecraft is in excellent health.

SMAP’s mission is slated to span three years and it will be ‘scratching’ Earth’s surface providing scientists with better understanding of moisture in soil – the key component of the Earth system that links the water, energy and carbon cycles driving our living planet.

SMAP’s combined radar and radiometer instruments will peer into the top 2 inches (5 centimeters) of soil, through clouds and moderate vegetation cover, day and night, to produce the highest-resolution, most accurate soil moisture maps ever obtained from space.

The high-resolution maps that the satellite returns to scientists should help prepare for the future in which severe weather like droughts and storms are expected to become more frequent, by giving experts better tools to forecast how crops and forests will change as the planet warms.

The mission will help improve climate and weather forecasts and allow scientists to monitor droughts and better predict flooding caused by severe rainfall or snowmelt — information that can save lives and property. In addition, since plant growth depends on the amount of water in the soil, SMAP data will allow nations to better forecast crop yields and assist in global famine early-warning systems.

“The launch of SMAP completes an ambitious 11-month period for NASA that has seen the launch of five new Earth-observing space missions to help us better understand our changing planet,” said NASA Administrator Charles Bolden. “Scientists and policymakers will use SMAP data to track water movement around our planet and make more informed decisions in critical areas like agriculture and water resources.”