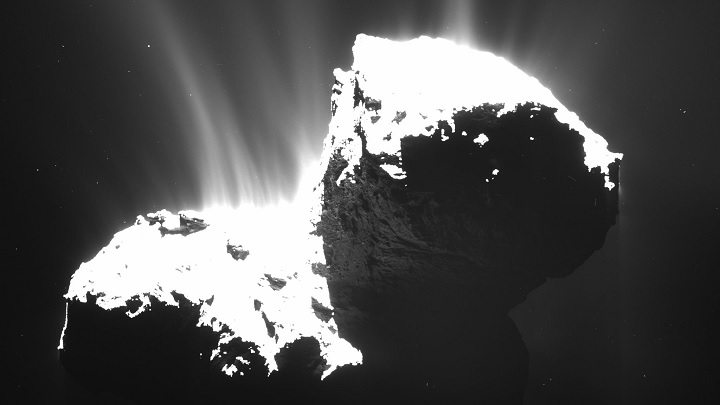 Rosetta mission scientists are divided in two major camps over search for lost Philae lander with one advocating change of Rosetta spacecraft’s flightpath to pinpoint the exact location of the probe while the other camp is advocating not to change the path and wait for Philae to contact on its own.

Engineers are of the opinion that changing Rosetta’s flightpath could disrupt European Space Agency’s (ESA) plans of monitoring geysers of dust and water vapour that will pour from comet 67P/Churyumov-Gerasimenko’s surface at it nears the Sun.

âWe never expected that we would lose Philae and would end up having to look for it,â Rosetta mission manager Fred Jansen told the Observer last week. âHowever, finding its location is a real priority â and a real headache.â

The primary reason that finding Philae’s location being a priority is until the precise location of the lander isn’t known, scientists will not be able to understand vital data about the comet that the probe has already transmitted before it went silent in November.

The data that ESA scientists are particularly keen to analyse is the signals from its Consert (Comet Nucleus Sounding Experiment by Radiowave Transmission) device, which according to Jansen is “essentially an X-ray of the comet,” making it very valuable. [Read More: Rosetta mission lets scientists learn cometâs life cycle]

Philae’s landing on 67P last November didn’t go as planned and after bouncing for several times across the comet’s surface, the probe is said to have landed at a 30 degree angle in a rough terrain in the shadow of the cliff or crater wall.

Philae did manage to send back some vital data about comet’s surface, but it went quite on November 15 as it couldn’t recharge its batteries through the solar panels for want of sunlight as it is lodged somewhere in a region where light doesn’t reach.

âThe trouble is that we need to get that down to an accuracy of about 10 metres by 10 metres to fully interpret what the Consert data is telling us,â added Jansen. âTo get that accuracy, we need to photograph it from space. So far we have seen nothing, however.â

The need to locate Philae saw engineers at the space agency propose a change in Rosetta’s flight plan, which would involve sending the spacecraft very close to comet’s surface and above a region where Philae is believed to be resting.

This proposal was scrapped at the last moment as it would have jeopardized another flyby that would have provided the craft with a shadow-free pass over the comet. This would have revealed fine details of surface structures and so was given priority.

Some engineers are hoping that Philae might wake up on its own sometime in May or June when it receives enough sunlight to charge up its batteries and establish a link with Rosetta.

Phliae will need about 17 watts to wake up and say hello. “If it manages that then we will be able to pinpoint without a problem,” added Jansen. “At present, there is no way of knowing if it will wake up, however.”