African golden cat gets accidentally recorded in a rare video 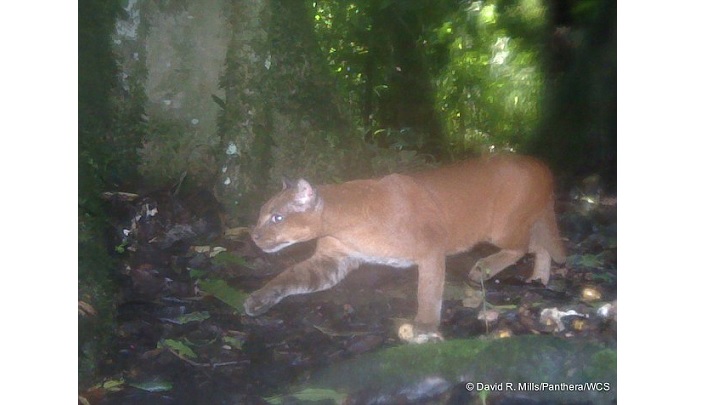 Researchers have managed to grab a rare-footage of the African golden cat while trying to hunt down a red colobus monkey in Kibale national park in south Uganda. The footage was captured accidentally as the cameras were set to study primates and not cats.

In the video, an African golden cat is seen attacking a red colobus monkey sitting a group foraging on a tree stump. The cat is seen scuffling with one of them before retreating from the unsuccessful kill.

The Caracal aurata aka African golden cat is only seen in the forests of Central and West Africa and grows as big as a bobcat weighing up to kilograms. There have been very few instances of recorded footage of these cats and almost all records are photographs wherein the cat is seen feeding on dead animals.

Laila Bahaa-el-din, a researcher for the endangered cat NGO Panthera, said the footage sheds new light on the African golden cat’s hunting techniques. âIt really does give us insight. We really never had any footage like that before. The monkey must weigh more than the cat itself.

Bahaa-el-din said that previously the cat was thought of as being nocturnal, but the latest video disproves this theory. Also it was believed that the cat spends most of its time on trees, but that isn’t the case either. “Here, weâre learning it hunts on the ground, not in trees, even if it goes up to the trees sometimes for security.”

This forest-dwelling species is said to be threatened across its range by intensive bushmeat hunting and loss of habitat due to deforestation.

âThe status of the African golden cat in the wild has never been rigorously assessed, but the species is increasingly threatened by habitat degradation, loss and fragmentation, and by unsustainable hunting,â according to one study by Bahaa-el-din.