NASA: Helicopters to scout for points of interest on Mars in future rover missions 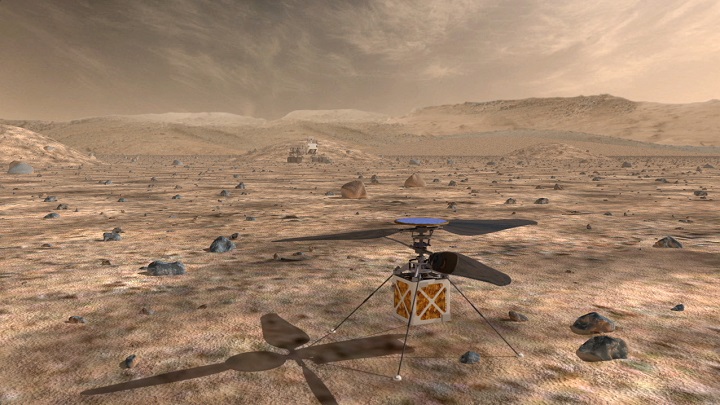 NASA has revealed that it is planning to use small helicopter in future rover missions to Mars, which will enable for faster detection of points of interest as well as help engineers on Earth to find quick and easy way for land-bound rovers to get to them. These drone helicopters will be fitted as add-ons in future rovers.

NASA says that helicopter drones will enable it to potentially triple the distance the rovers currently drive in a Martian day. Current rovers are definitely doing their bit, but speed is one of the main concerns.

Further, inability to precisely locate key points of interest and having to drive through across the terrain without knowing the best route adds to the delay in garnering helpful information about Mars. NASA said that the helicopter will act like a low-flying scout.

Beyond providing information on potential interest points and best routes, it will also be able to take pictures for further analysis; locate best places for rover to collect key samples and rocks for a cache among other things.

“The vehicle is envisioned to weigh 2.2 pounds (1 kilogram) and measure 3.6 feet (1.1 meters) across from the tip of one blade to the other. The prototype body looks like a medium-size cubic tissue box”, notes NASA in the statement.

NASA already has a proof-of-concept of the proposed helicopter and has already been tested at NASA’s Jet Propulsion Laboratory, Pasadena, California.