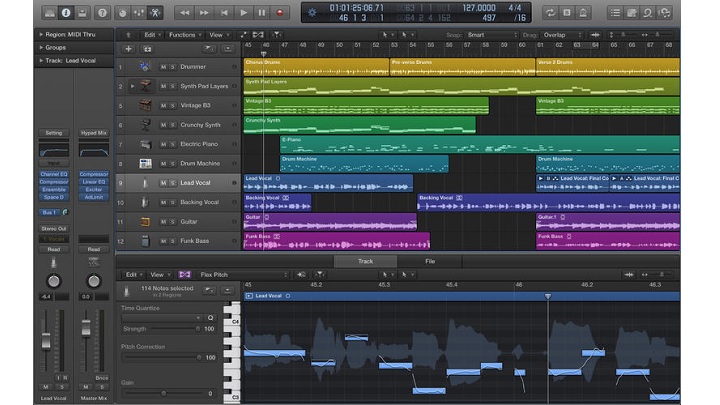 The updated Version 10.1 of the software includes 10 new Dummers that produce beats in a variety of electronic and hip-hop styles including Techno, House, Trap, Dubstep, and more. Each drummer has eight preset patterns which can be customized and users can even create their own patterns as well.

The update introduces 200 synth patches, 10 new Mellotron instruments and features an improved piano roll editor. The Compressor plug-in now comes with a variety of skins and a rescaleable interface too.

The update also adds support for Mail Drop and Air Drop in OS X Yosemite which makes it even easier to share Logic projects.

While existing users will get the Apple Pro X 10.1 for free, the same will cost $199 for new users. It’s currently available for download in the App Store.

For further details on the update you can visit: http://www.apple.com/logic-pro/whats-new/