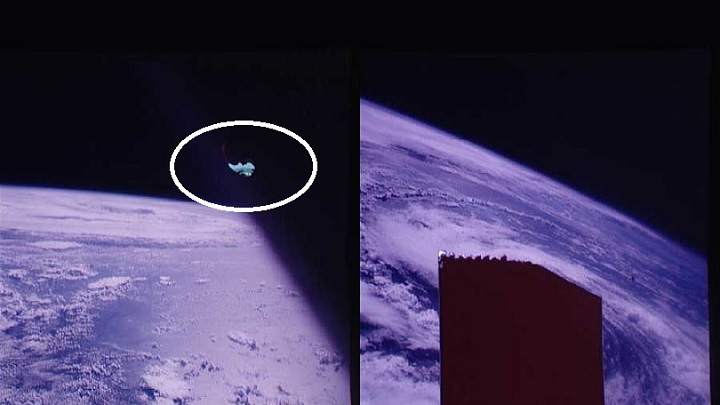 In an archive footage of Apollo 7 mission – the first manned mission to take astronauts into space and around the Earth, there is an image that shows UFO, but after astronauts realised what was at stake, they decided to redact the sighting with a duct tape.

Hiding truth and finding from average Joe isn’t an uncommon thing for any government organisation including NASA and the Apollo 7 mission was no different. The Apollo 7 image archives available at the Lunar and Planetary Institute contains over 100 images and contains awesome images [as of those days] of Earth as seen from space.

A recent redaction instance happened just recently. An alleged UFO was captured through the HD camera on board the International Space Station (ISS) and NASA cut the live stream stating that there were technical difficulties. Those who were watching the live feed at the time noticed it and quite a few videos ended up on YouTube with many demanding an answer to the question from NASA as to what the object truly was. NASA is yet to comment on the matter.