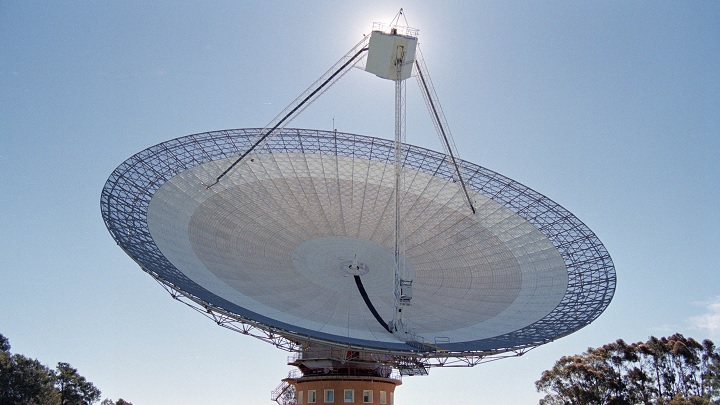 Astronomers have managed to capture cosmic radio burst in real-time for the first time using CSIRO’s 64-m Parkes radio telescope – an event that is important for the fact that these mysterious phenomenon lasts only for a few milliseconds.

Such radio bursts are generally discovered weeks or months or even more than a decade after they happened. Only seven fast radio bursts have been spotted previously and all of them were found “retroactively by combing through data from the Parkes radio telescope in eastern Australia and the Arecibo telescope in Puerto Rico.”

âThese bursts were generally discovered weeks or months or even more than a decade after they happened! Weâre the first to catch one in real time,â said Emily Petroff, a PhD candidate from Swinburne University of Technology in Melbourne, Australia and lead author of the work published in Monthly Notices of the Royal Astronomical Society.

Confident that she had spotted a “live” radio burst, Petroff and team mobilised 12 telescopes around the world and in space, including Carnegieâs Magellan and Swope telescopes.

Team member Mansi Kasliwal of the Carnegie Institution in Pasadena, California along with team members Mulchaey and colleague Yue Shen explained that no optical, infrared, ultraviolet or X-ray counterpart showed up and that in itself rules out some possible candidates, such as long gamma-ray bursts and nearby supernovae.

But short or low-energy gamma-ray bursts and giant flares from distant magnetars (the most magnetic stars in the Universe) are still contenders, she added. So too are imploding neutron stars.

One of the big unknowns of fast radio bursts is their distances and the characteristics of the radio signal, how it is “smeared out” in frequency from travelling through space, indicate that the source of the new burst was up to 5.5 billion light-years away.

Team member Daniele Malesani of the University of Copenhagen added that this means it could have given off as much energy in a few milliseconds as the Sun does in a day.

“As we continue to search for the source of fast radio bursts, Carnegie is well positioned to make big strides in the field,” Mulchaey said. “Quick access to big telescopes like Magellan may be the key to solving this mystery.”