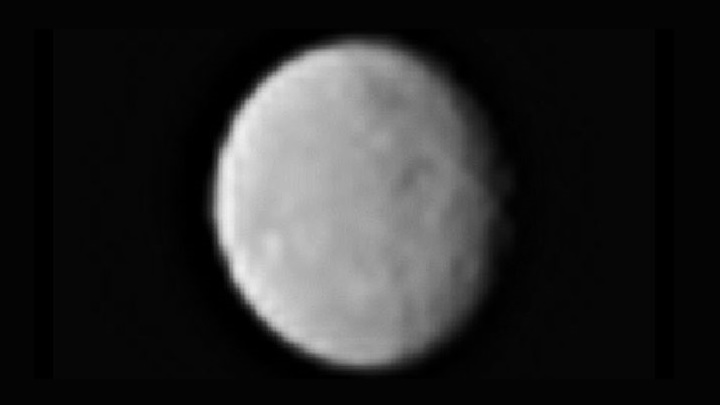 NASA’s Dawn spacecraft has snapped some stunning images of Ceres – a dwarf-planet and the largest body in the main asteroid belt between Jupiter and Mars – and the imagery is bound to get better as the probe approaches Ceres.

The new images of Ceres are just 27-pixels across, about three times better than the calibration images taken in early December, but they are not as good as the ones taken by NASAâs Hubble Space Telescope in 2003 and 2004. However, that will change and Dawn will be taking images far better than those taken by Hubble as it approaches the dwarf-planet and studies it for 16 months.

âWe know so much about the solar system and yet so little about dwarf planet Ceres. Now, Dawn is ready to change that,â said Marc Rayman, Dawnâs chief engineer and mission director at NASAâs Jet Propulsion Laboratory in Pasadena, California.

Dawnâs arrival at Ceres will mark the first time a spacecraft has ever visited a dwarf planet. Ceres is the largest body in the main asteroid belt and has an average diameter of 590 miles (950 kilometers). The dwarf-planet is believed to contain large amount of ice and some scientists also believe that it might be concealing an ocean beneath the ice.

The spacecraft has already delivered more than 30,000 images and many insights about Vesta, the second most massive body in the asteroid belt.