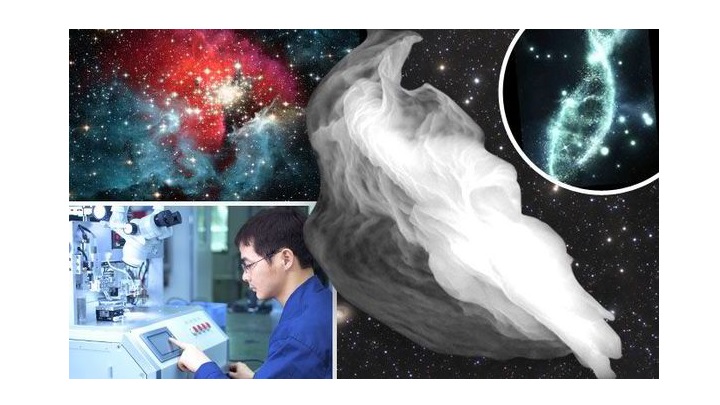 Time and again we come across movies that talk about aliens, but now its researchers who have claimed through their latest discovery dubbed ‘ghost particle’ that alien life could be present.

Researchers at the University of Sheffield and the University of Buckingham Centre for Astrobiology have discovered something that they dub it as ‘living balloon’ believed to once carry a microscopic alien organism hinting that the spectral-like ‘ghost particle’ gathered from outer space could be a signal of alien life.

The Daily Express reported that researcher Milton Wainwright insists that the particle resembling a chiffon scarf with the width of a human hair and a ghostly appearance, found in dust and particulate matter collected from the stratosphere, is biological.

âWe can speculate that in its space environment this âghost particleâ is a living balloon which an alien microscopic organism might inflate with lighter than air gasses allowing it to float in the air or the seas of an unknown space environment”, Wainwright said.

The researcher added that the picture [above], which looks more like a collapsed balloon, however in its natural state is probably inflated, are like nothing previously found on Earth.

He added that it is amazing is that they appear on the sampling stubs in an absolutely pristine condition with no contamination like pollen, grass or pollution particles “Unless a means of lifting them from Earth exists which selectively sieves them out from other Earth-derived debris then they must be incoming from space.

He continued that they also produce tiny dents we call impact craters when they land on the sampler so there is almost no doubt of their space origin.

Both particles were found by sending balloons into the stratosphere 27 km above the Earth’s atmosphere and examining debris pulled back from space.