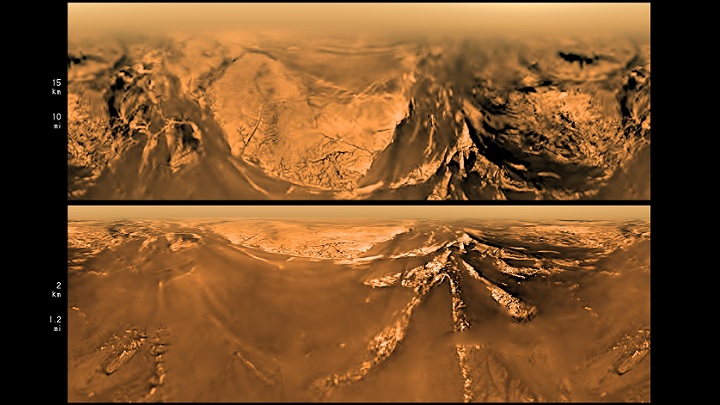 10 years back, Huygens probe undertook a two and a half hour descent to land on Saturn’s largest moon Titan successfully and sent out important data that has helped NASA and ESA understand Titan to a great extent.

“The hardy probe not only survived the descent and landing, but continued to transmit data for more than an hour on the frigid surface of Titan, until its batteries were drained”, notes NASA in a press release.

NASA notes that synergy between Huygens and its mothership Cassini has helped scientists from around the world to dig into the characteristics of Titan and to find out “many details of a surprisingly Earth-like world.” Some of the important discoveries attributed to Huygens include profiling of Titan’s atmosphere; superrotating winds; solving of methane mystery; the origin of Titan’s nitrogen atmosphere; Radioactive decay and cryovolcanism; Titanâs tiny aerosols; details about the haze on Titan; dry river beds and lakes; Schumann-like resonances: hints of subsurface ocean; and elusive dunes.

“From the mission’s formal beginning in 1982, to Huygens’ spectacular landing 23 years later, to the present day, Cassini-Huygens owes much of its success to the tremendous synergy and cooperation between more than a dozen countries. This teamwork is still a major strength of the project as the Cassini orbiter continues to explore the Saturn system,” said Earl Maize, Cassini Project manager at NASA’s Jet Propulsion Laboratory in Pasadena, California.