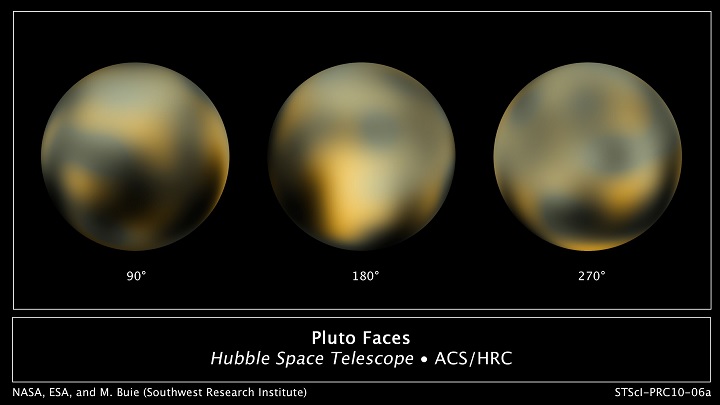 NASA’s New Horizons is bringing with it the ashes of Clyde Tombaugh – its discoverer – as it cruises towards the now dwarf-planet or ‘plutoid’. The probe will be close enough on January 15 to start observing Pluto.

Clyde Tombaugh discovered the ice and rock-laden Pluto in 1930 and one of his final requests was that his ashes be sent into space. Tombaugh died on January 17, 1997. Fulfilling that wish NASA has fitted the upper deck of New Horizons probe with a small container containing Tombaugh’s ashes.

“Interned herein are remains of American Clyde W. Tombaugh, discoverer of Pluto and the solar system’s ‘third zone'”, reads the inscription on the container.

Since its discovery, little is known about Pluto and the mission is hoping to find answers to fundamental questions about the 9th of our Solar System. New Horizons will be sending back close-up pictures of Pluto and information obtained from observing Pluto could also help explain the origin of life on Earth as it is believed that Kuiper belt may have delivered organic molecules, which sparked life on Earth.

Initially Pluto was classified as a planet, but in 2006 it was downgraded to a dwarf-planet or âplutoidâ and since then it is known as âasteroid number 134340â. Despite this downgrade, scientists at NASA say that the New Horizons mission is ‘incredibly important’ for the fact that it will be the first time ever that we will be able to observe Pluto and its giant moon Charon from this close.

New Horizons will begin a slow fly-past in the summer, sampling the solar wind, magnetic field, dust and atmospheric conditions and on July 14 it will be the closest to the planet. NASA says that the images sent over by New Horizons when it is closest to Pluto will “knock your socks off”.