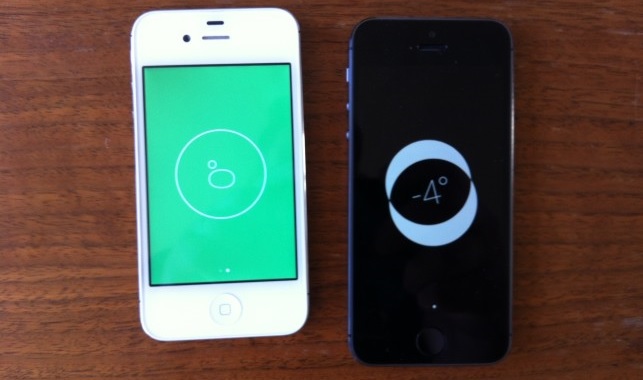 Since the launch of iPhone 5S there have been numerous reports of faulty sensors including accelerometer and gyroscope, but one company claims it has the answer.

RealityCap claims that the sensors made by Bosch Sensortech (BMA220) are marred with design flaws which are causing games and apps using these sensors to respond inaccurately to user inputs. Games and apps that worked perfectly with iPhone 4S and iPhone 5 are off by 5-6 degrees on iPhone 5S.

According to the RealityCap there are two key numbers that govern the functioning of Accelerometers â noise density (ST) and zero-g offset. In its tests RealityCap found that the noise density (ST) or output noise, which is represents the random jitter during measurements, on iPhone 5S were reasonably similar to the readings on previous iOS devices.

Zero-g offset, which is a rough constant offset added to every output sample of data due to manufacturing variance, seems to be the culprit. In iPhone 5, Apple used ST parts (LIS331DLH) and in their specification sheet, the company has listed a typical bias +/- 20mg. On the other hand Bosch lists it as +/-95mg. Boschâs value is almost 5 times the value listed on ST and RealityCap claims that this âis absolutely consistent with the failures being reported by users and the media.â

âSpecifically, a +/- 20mg offset range would translate to around a +/-1 degree accuracy range in tilt detection, and a +/-95mg offset translates to +/-5 degrees in tilt.â

The company claims that there is no need to take back the iPhone 5S and change the accelerometers. Apps can incorporate calibration procedures; ask the user to place the smartphone in different positions to measure the bias; and then during actual operation subtract the measure bias âfrom the data coming from the accelerometer to get a corrected reading.â

Apple can also do the same by working out something at the operating system level itself and release an update to fix the issue.