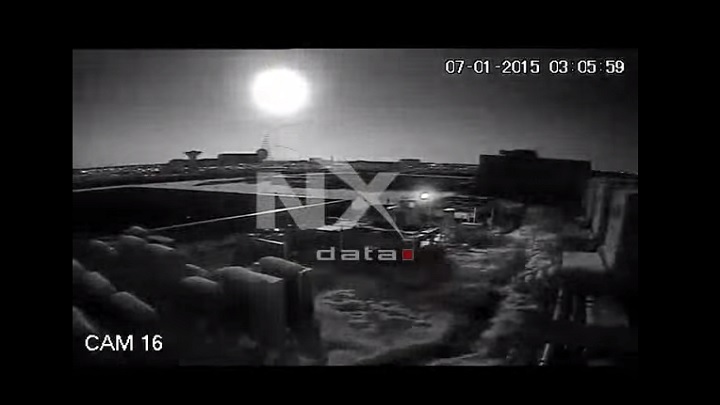 A Meteorite exploded over Bucharest, Romania lighting up the night sky before burning up and falling towards the ground and the entire sequence of events have been captured by CCTV cameras across the city.

Many called the space rock a meteor, but technically it is a meteoroid and not even a meteorite, because it is believed that none of the remnants of rock hit the surface of the planet. According to Romanian Space Agency (Rosa), the space rock burned itself up at an altitude of 31-43 miles above the ground.

Rosa has been trying to find debris of the meteorite, but it hasn’t managed to find any and chances of this are looking slim as there have been no reports of damage to any infrastructure around the area where the space rock is believed to have disintegrated in the sky.

There are quite a few videos which have captured the amazing event, but we are only presenting two here [one embedded above, and the other one below.]