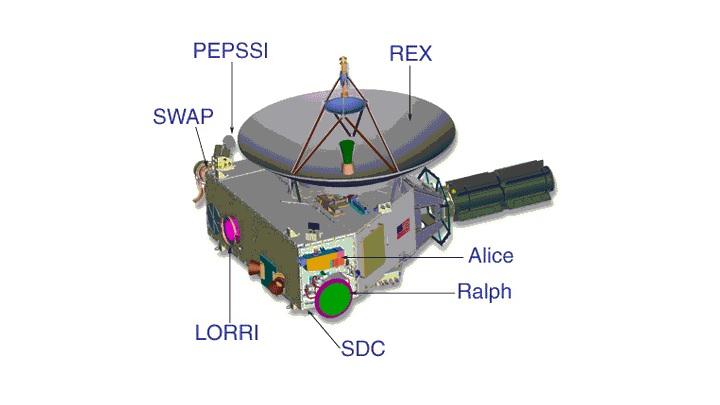 NASA’s New Horizons spacecraft is at Pluto’s doorstepÂ and after a 3 billion miles long journey over the course of nine years the probe woke on December 6. With 7 different scientific instruments, New Horizons is scheduled to observe, measure and detect a range of things while it cruises past Pluto and here we have a roundup ofÂ the science payload of the probe along with photos.

The team behind New Horizons will now check the spacecraft over the course of next few weeks to ensure that its systems are intact and operating normally. “Theyâll also continue to build and test the computer-command sequences that will guide New Horizons through its flight to and reconnaissance of the Pluto system”, notes a NASA press release.

New Horizons will start observing Pluto from January 15 through a total of seven instruments as its science payload including advanced imaging infrared and ultraviolet spectrometers; a compact multicolor camera; a high-resolution telescopic camera; two powerful particle spectrometers and a space-dust detector. Below is more information about each of these instruments. [Image Credit: NASA]

Ralph – This is the Visible and infrared imager/spectrometer that provides color, composition and thermal maps.

Alice – This is an Ultraviolet imaging spectrometer that will analyze composition and structure of Pluto’s atmosphere and look for atmospheres around Charon and Kuiper Belt Objects (KBOs).

SWAP (Solar Wind Around Pluto) – This is the Solar wind and plasma spectrometer that will measure atmospheric “escape rate” and observe Pluto’s interaction with solar wind.

SDC (Student Dust Counter) – SDC is built and operated by students and measures the space dust peppering the New Horizons throughout its voyage across the solar system.